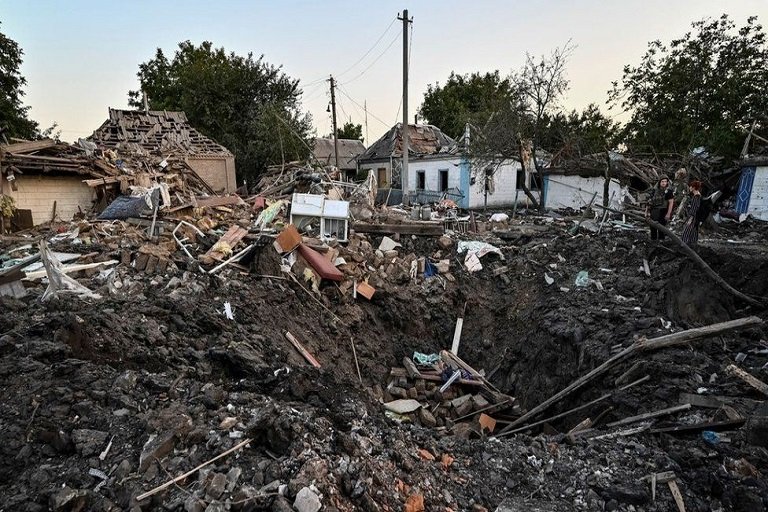 Russian soldiers, on Wednesday, launched a missile attack on a Ukrainian railway station on the nation’s Independence Day, killing 22, he claimed.

President Volodymyr Zelenskyy warned for days that Moscow may attempt “something exceptionally brutal” this week.

Zelenskyy told the U.N. Security Council via video that the deadly attack occurred in Chaplyne, a community of around 3,500 inhabitants in the central Dnipropetrovsk area.

A further report from the president’s office stated that an 11-year-old child was killed by rocket fire in the settlement earlier in the day.

“Chaplyne is our pain today,” Zelenskyy said in his nightly video address to the nation.

Zelenskyy estimated there were roughly 50 wounded at one time. Later, the deputy head of Zelenskyy’s office reported that the attack, which involved five passenger rail cars, had left 22 people injured.

Around the national holiday that honors Ukraine’s declaration of independence from the Soviet Union in 1991, the country has been bracing itself for particularly fierce attacks. Additionally, the war’s halfway point was on Wednesday.

Authorities in Kyiv have outlawed big gatherings in the city through Thursday out of concern for possible rocket attacks days before Independence Day.

Air raid sirens woke up Wednesday’s residents in Kyiv, which has been mostly spared in previous months, but no immediate strikes followed. Russian bombardments were reportedly occurring in the country’s east, west, and center as the day went on.

In honor of the holiday, outgoing British Prime Minister Boris Johnson paid his third visit to Kyiv since the conflict began.

Other European leaders also took the opportunity to express their unwavering support for Ukraine, which is engaged in a conflict that was initially anticipated to be a swift conquest by Moscow but has instead evolved into a bloody attrition war.

Zelenskyy forewarned that this week, Russia “may attempt to do something extremely horrible, something particularly terrible.”

Before the attack on the train station, he reiterated the warnings, stating that “Russian provocations and harsh strikes are a possibility.”

Nevertheless, a joyful mood pervaded the Maidan plaza in Kyiv throughout the day as thousands of locals posed for photos next to burned-out Russian tanks that were on exhibit.

Despite the sirens, many revelers were out and about wearing typically embroidered gowns and shirts as folk singers set up their instruments.

Others were very afraid.

“I can’t sleep at night because of what I see and hear about what is being done in Ukraine,” said a retiree who gave only her first name, Tetyana, her voice shaking with emotion. “This is not a war. It is the destruction of the Ukrainian people.”