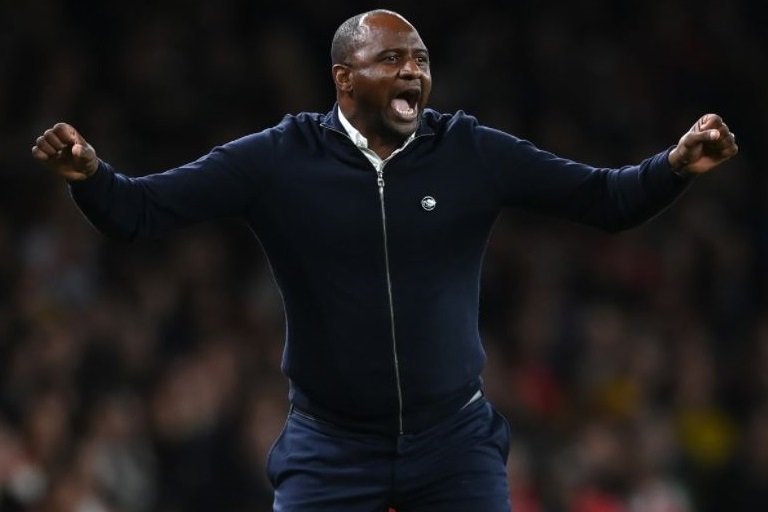 The pre-match anti-racism gesture will be scaled back this season to certain rounds of Premier League games plus the FA and League Cup finals.

Premier League captains took the decision to limit taking the knee after consulting with players.

“We can’t stop straight away because there are statements to make,” said Vieira.

“It is important to keep taking the knee because we are all against discrimination. There will be a few occasions where we will keep doing it.

“It will be a long fight and that’s why we still have to take the knee,” Vieira added.

Palace face Arsenal at Selhurst Park in the opening game of the Premier League season on Friday at 20:00 BST.

Top-flight clubs began taking a knee before every game to support the Black Lives Matter movement, which rose to prominence following the death of George Floyd in the United States in May 2020.

The gesture took place before the Community Shield between Liverpool and Manchester City on Saturday.

It will also be seen before the first and last matches of the 2022-23 campaign, the Boxing Day fixtures and the dedicated No Room for Racism match rounds in October and March.

Palace forward Wilfried Zaha stopped in February 2021, saying at the time that “it doesn’t matter whether we kneel or stand, some of us still continue to receive abuse”.