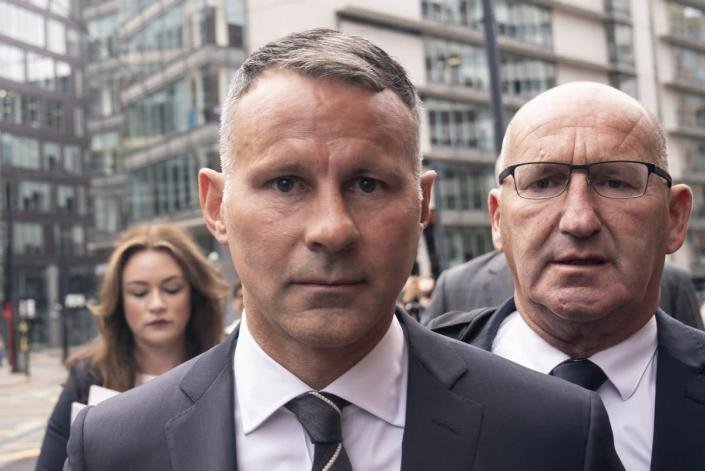 Ryan Giggs cried in court as he described spending a night in a police cell as “the worst experience of my life.” He has denied headbutting his fiancée, claiming she kicked him in the head.

He admitted that he was afraid because he had never been in that situation before.

When Ms. Greville, 38, discovered messages to other women on the manager and former Wales international’s iPad in November 2020, a fight erupted, according to evidence presented at Manchester Crown Court.

The court heard that after she departed the hotel where they had planned to spend the night, he made the decision to go home.

He claimed to have retrieved the dog’s container from the open boot of his Mercedes when he arrived.

“I quickly worked out they were trying to take Mac,” he said, adding he was not aggressive.

He said in court that he intended to call the police but was unable to do so because he could not find his phone. Ms. Greville denied having it.

Later, he claimed that while fighting over her phone, both of them slid on baggage and fell to the ground.

He claimed to be on top of Ms. Greville, who was lying on her back, and to have his head at her waist. She allegedly kicked him in the head, he claimed.

After six or seven kicks, he claimed, “I was covering my head,” and he then “got up” and moved away.

He admitted to the court that when Emma Greville first arrived at his Worsley, Greater Manchester, home, he was unaware of it.

After finding his phone, he put it in his pocket and did the same with hers. They then grappled in the kitchen as she tried to get her phone back.

He described how they moved around the kitchen island with Ms Greville grabbing for his wrist of the hand in the back pocket with the phones.

“It got more and more aggressive, it was a tug or war and we clashed heads,” he said.

He said she accused him “of hitting her… of headbutting her.”

Mr Daw asked him: “Did you put your hands on Kate’s shoulders and forcefully and deliberately headbutt her in the face?” He denied it.

The court heard Ms Greville moved into his house during the first lockdown in March 2020.

His daughter and her boyfriend were there most of that time, and his son also stayed regularly.

But Mr Giggs called it “a really happy time from my perspective”. They would “bicker” but had “no big arguments”.

Judge sentenced to death for killing his wife