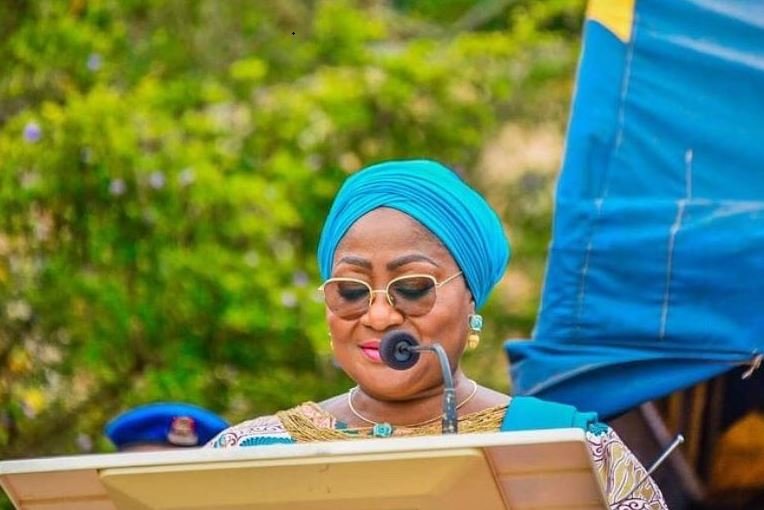 Some thugs on Friday night ambushed the convoy of Kafayat Oyetola, First Lady of Osun state in Owode-Ede, Ede-North local government area of the state.

According to The Will, the attack occurred after the First Lady’s security personnel attempted to clear the traffic for easy passage.

When security personnel attempted to clear a tight space for the state’s First Lady after a trailer reportedly had trouble maneuvering the traffic, stone-throwing thugs started to approach the convoy.

According to a witness, two of the security guards were struck by the stones but were able to flee the area by firing into the air to frighten the criminals away.

Traders and drivers were forced to flee for around five minutes before the convoy was able to escape the onslaught, according to the source.

When reached, the Governor’s wife’s media assistant, Iluyomade Oluwatunmise, verified the attack and stated that while no one was killed, some security personnel were hurt.

“It is true the convoy was attacked at Owode-Ede while trying to navigate the traffic around the market. We believe it was premeditated, as list of some top government functionaries marked for attack had been flying around on the social media.

“But to the glory of God no one was killed, while those injured have been taken to the hospital for treatment”, she added.