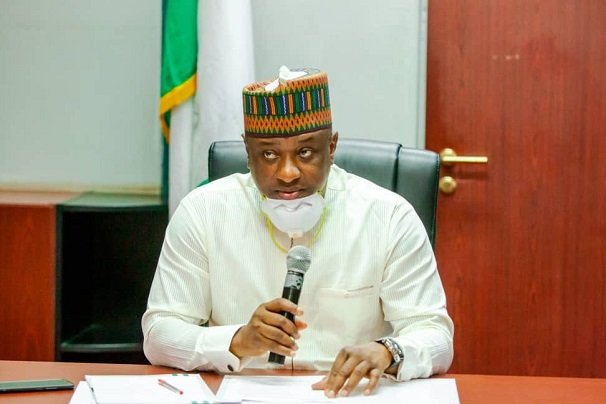 Minister of State for Labour and Employment, Mr. Festus Keyamo, said yesterday that the Federal Government was not in a position to borrow N1.2 trillion yearly to resolve the long running strike embarked upon by members of the Academic Staff Union of Universities (ASUU).

“Should we go and borrow to pay N1.2 trillion yearly?” Keyamo snapped while fielding questions on Channels television.

“You cannot allow one sector of the economy to hold you by the jugular and then blackmail you to go and borrow N1.2 trillion for overheads when our total income would be about N6.1 trillion. And you have roads to build, health centres to build, other sectors to take care of,” he said.

He then asked parents across the country to beg ASUU.

His words: “Like the President said the other time, those who know them, appeal to their sense of patriotism.

However, the Federal Ministry of Education hinted yesterday that the Minister, Mallam Adamu Adamu, would soon submit a proposal on how to end the ASUU strike.

The Director, Press and Public Relations, Federal Ministry of Education, Ben Goong, said in an interview in Abuja that Adamu offered to take over negotiations with the university unions from the Minister of Labour and Employment, Senator Chris Ngige, who has been leading the negotiation.

The ministry spokesman said the minister was working within the time frame he requested to end the strike by the university unions.

Goong said: “We are still within the time frame. I can assure you that the Hon Minister will submit a proposal to the President on how the crisis could be resolved within the stipulated time frame.”

It was gathered that the minister had an informal meeting on Monday with the leadership of ASUU.

This was confirmed by President of ASUU, Prof Emmanuel Osodeke

The ASUU president insisted that the university lecturers would not return to classrooms as directed by some state governors.

Governor of Kaduna State, Nasir El-Rufai, had threatened to sack lecturers of the state-owned university who failed to resume work.

But Prof Osodeke, who condemned the governor’s directive, insisted that its members will not return to the classrooms.

“Ninety per cent of your lecturers are on strike and only ten per cent are conducting examinations for everybody. Is that correct? It is pure deceit and the nation will pay for it.

“We will graduate a student in engineering or medicine who was not properly taught. That is exactly what they are doing and Nigerians are watching.”

The industrial action took off as a four-week warning strike on February 14 and was extended on March 4 by another two months to allow the government meet all of its demands.

That was further extended by 12 weeks on May 9.

Among other demands, ASUU is seeking the payment of N1.1 trillion university revitalisation funds; an amount government says it does not have.

Northerners are being killed in South-East, Northern elders raise alarm