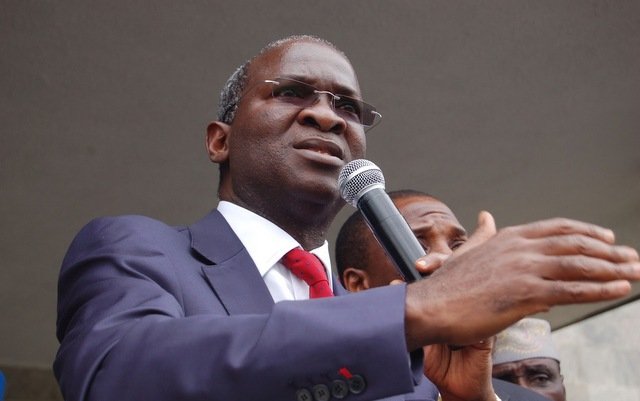 Nigeria’s Minister of Works and Housing Babatunde Fashola said the humongous borrowings by the President Muhammadu Buhari-led regime is justified by various infrastructure projects undertaken across the country.

This was revealed by Mr. Fashola on Thursday in Kano while delivering a speech at the 28th Annual National Council of Works meeting.

He claimed that ongoing projects around the nation justified the borrowings, particularly when contrasted to what previous administrations had done.

According to him, Nigeria’s infrastructure has benefited from the usage of the Petroleum Trust Development Fund (PTDF) by the Buhari administration.

“The Federal Government has delivered many roads across the six geopolitical zones,’’ the minister stressed.

Mr. Fashola gave the assurance that all ongoing projects would be finished by May 2023 under the Buhari administration.

He mentioned Kano State as an illustration of how the development of infrastructure has a significant positive effect.

“In 2022, our contractors were able to employ 1,421 individuals and they received N45 billion in benefits, including supplies of diesel and sand, among other things,” he stated.

In his speech, Kano State Governor Abdullahi Ganduje asked that the federal government’s assistance be expanded to include the northern bypass of Kano, which runs from Hadejia Route to Kudiawa on the Kano-Daura road.

The Federal Government was praised by Mr. Ganduje for completing “gigantic projects” all around the nation.