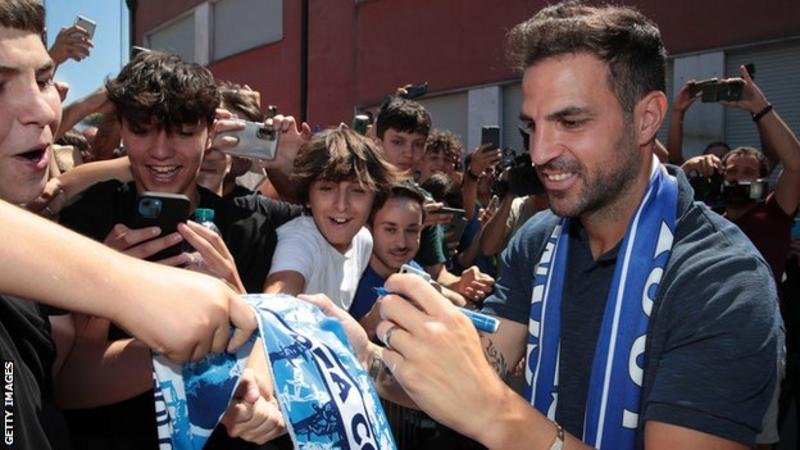 The 35-year-old arrives at the Serie B side on a free transfer after his contract with Monaco expired in June.

Fabregas joined Monaco from Chelsea in January 2019 when his former Arsenal team-mate Thierry Henry was manager.

“I have been extremely lucky because my career has allowed me to play in fantastic clubs. Como in this case is no exception,” Fabregas said.

“I can’t wait to take the field and play in front of the fans in such a beautiful environment.

“The tradition of this club and the desire of the owners to take this club to the next level are a source of inspiration and for this I can’t wait to get started.”

“A player who has done so much for the history of football and who will now be a vital part of our ambitious plans for Como 1907,” Wise said.

“A player of his calibre and his experience is fundamental to our three-year plan to reach Serie A.”

Fabregas made 68 appearances in three and a half years with Monaco but his playing time was limited by injuries last season.

He played 212 Premier League matches with Arsenal between 2004 and 2011 before moving to Barcelona, where he had joined the club’s La Masia academy aged 10 in 1997.

Following three years with Barcelona, he returned to the Premier League in 2014 with Chelsea where he played just under 200 games.