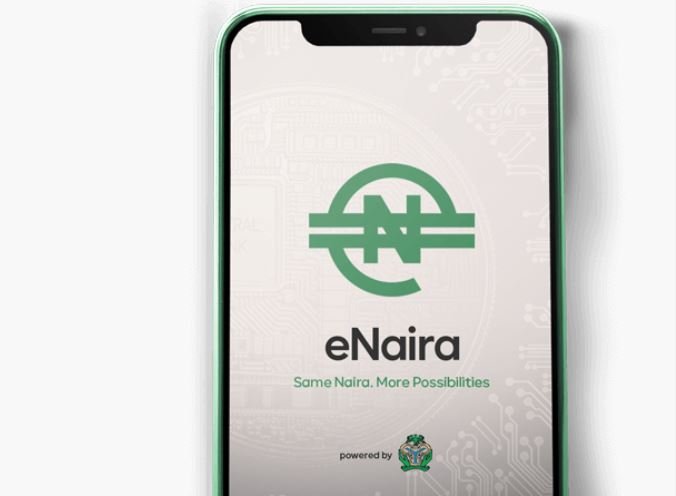 Central Bank of Nigeria (CBN) digital currency, eNaira, has recorded 200,000 users and N4 billion value of transactions since its inauguration in October 2021.

Godwin Emefiele, the CBN Governor stated this on Thursday, in Abuja at the grand finale of the “eNaira Hackathon” which was a collaborative initiative between CBN and African Fintec Foundry (AFF).

The hackathon was aimed at bringing together teams of talented entrepreneurs, developers, designers, solution developers, problem-solvers and ‘code magicians’ from Africa to develop innovative solutions for improved adoption of the eNaira.

The competition was part of efforts by the CBN to drive financial inclusion, facilitate macroeconomic growth and integrate the Nigerian economy into the world-leading economies through innovation and cutting-edge emerging technologies.

Emefiele said since its inauguration, eNaira had reached 840,000 downloads, with about 270,000 active wallets comprising more than 252,000 consumer wallets and 17,000 merchant wallets.

According to him, the digital currency will enhance financial inclusion, support poverty reduction, enable direct welfare disbursement to citizens, support a resilient payments ecosystem and improve availability and usability of central bank money.

“The eNaira will also facilitate diaspora remittances, reduce the cost of processing cash, and also reduce cost and improve efficiency of cross-border payment,” he said.

The apex bank governor, however, said that the eNaira was the same Naira with far more possibilities.

“The eNaira will make a significant positive difference to Nigeria and Nigerians. It was also developed to provide Nigerians with a cheap, safe and trusted means of payment.

President Muhammadu Buhari unveiling the eNaira in Abuja on Monday

“It is unlike the offline payments channels like agent networks, USSD, wearables, cards and near field communication technology.

“The eNaira would give access to financial services to underserved and unbanked segments of the population,” he said.

He said that innovative products and services built on the eNaira would enhance Nigerians’ participation in the digital economy and promote further development of a burgeoning Fintech ecosystem.

“To achieve these set out objectives, the project adopted a phased- approach with the first phase focusing on banked users, while the policy objective of the second phase borders around financial inclusion.

“In addition, the eNaira platform possesses an innovation layer for products and services to be built with the aim of enhancing Nigerians’ participation in the digital economy,” he said.

According to Emefiele, the second phase of the project has begun and is intended to drive financial inclusion by onboarding unbanked and underserved users leveraging offline channels.

“Greater success is envisioned for the project with phase two expected to deliver more gains with a target of about eight million active users based on estimations using the diffusion of innovation model.

“When we launched the eNaira, we promised to increase the level of financial inclusion in the Country because just like the Naira, the eNaira is expected to be accessible to all Nigerians .

“It will provide more possibilities to bring in the unbanked into the digital economy.

” I am pleased to inform you that by next week, Nigerians, both banked and unbanked, will be able to open an eNaira wallet and conduct transactions by simply dialling *997 from their phones,” he said.

According to Mr kingsley Obiora, CBN’s Deputy Governor, Economic Policy, the use of physical cash is gradually getting out of fashion across the globe due to the growth of digital currencies.

“In south Korea, 77 per cent no longer use cash to do payment, while in the Philippines it is 30 per cent.

“In Nigeria, we are also seeing the same decline in the use of cash, the minting of currencies in the CBN has been reducing in the last couple of years.

“So alongside this reduction in the use of cash has also been an explosion in e-business and we have seen the value of e-business grow from 393 billion dollars in 2014 to about 2.4 trillion dollars now.

“If you look at this movement, you will realise that the central banks in the world are responding to yearnings of citizens.

“That is why 96 per cent of central banks in the world are either working on digital currencies or they have done so already,” he said.

Daniel Awe, the Group head, AFF, said that the CBN had transformed from traditional regulator to a smart regulator.

Awe said that the Hackathon was a platform that brings entrepreneurs, coders and product managers together to solve problems and build new business model.

“All over the world, there has been disagreement between innovators and regulators.

“This is because regulators usually look at impact on financial stability, impact of those innovators on consumers as well as the risk, while the innovators look at the opportunity in their ideas.

“However, this CBN is different as it has over the years partnered with innovators that will create jobs and bring value,” he said.