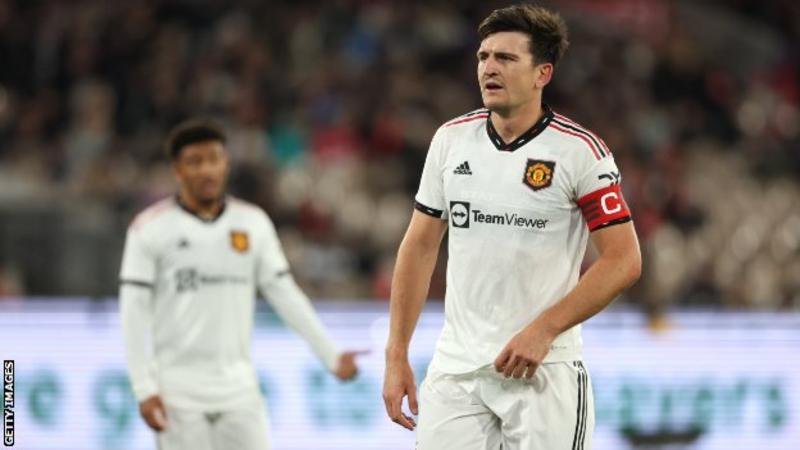 The Blues have also made enquiries about the availability of Manchester United and England defender Harry Maguire, 29, for a potential swap deal which would see US forward Christian Pulisic, 23, go the other way. (Mail)

Borussia Dortmund chairman Hans-Joachim Watzke has denied speculation linking the Bundesliga club with 37-year-old Portugal forward Cristiano Ronaldo, he says there has been no contact with the Manchester United star. (Mirror)

Leicester City’s French defender Wesley Fofana, 21, has asked not to be involved when they face Southampton this weekend after being linked with Chelsea. (Guardian)

French side Nice are in talks with Arsenal over a loan move for Ivory Coast forward Nicolas Pepe, 27. (Athletic – subscription required)

Real Madrid are considering a move for Tottenham Hotspur and Denmark midfielder Pierre-Emile Hojbjerg, 27, to replace the outgoing Brazilian Casemiro, 30, who has agreed a deal with Manchester United. (Telegraph – subscription required)

Newcastle and West Ham are watching events at United closely, they are both interested in Scotland international Scott McTominay, 25, as they believe he is the most likely midfielder to be pushed aside with the arrival of Casemiro. (90min)

Leeds are aiming to complete a deal for FC Zurich’s Willy Gnonto, 18, for £4m with the Italian striker entering the final year of his contract. (MailOnline)

Everton are set to sign Mohammed Kudus on loan from Ajax with a view to making the 22-year-old Ghana midfielder’s move permanent. (Sky Sports)

Antony trained alone on Friday after the Dutch club rejected a £67m bid from United. (Mail)

PSV Eindhoven are holding out for £38m for Dutch winger Cody Gakpo, 23, but negotiations with Manchester United aren’t expected to be an issue. (Telegraph – subscription required)

Brighton are looking to add a fourth Ecuador international to their first team as they target midfielder Jose Cifuentes, 23, from LAFC. (Mail)