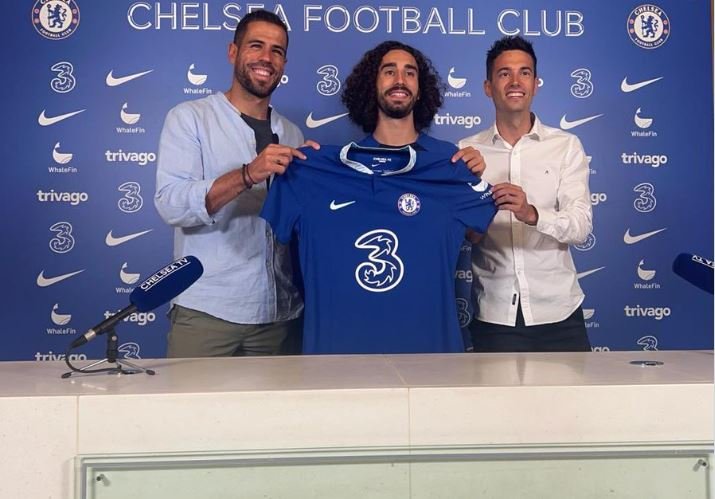 Marc Cucurella has completed a move to Chelsea from Brighton for a fee believed to be around £55 million.

The Spanish defender leaves Albion after a year at the club, having joined from Getafe last summer.

According to a club statement on the Chelsea’s Twitter account, “Following reports from numerous media outlets this week, we can confirm an agreement has been reached with Brighton and Hove Albion for the signing of Marc Cucurella,” Chelsea said.

“We did not want to lose Marc, but he wanted the opportunity of playing Champions League football with a view to accelerating his progress to Spain’s World Cup squad.

“Of course we are disappointed to see Marc leave, but we wish him well for the future. He had an excellent first season in the Premier League, deservedly winning both our Player of the Season awards, and has been an absolute pleasure to work with over the past 12 months.”

Chief executive and deputy chairman Paul Barber added, “We did not want or need to sell Marc, despite interest from different clubs. We wanted to keep him at Brighton where he has done so well.

“However, recognising Marc wanted the opportunity to play in the Champions League, our absolute priority was to ensure any deal was the right one for Brighton & Hove Albion.

“We have worked very hard with Chelsea over the past week or so, and particularly in the past 24 hours, to secure the right valuation for an exceptional player.”

Marc signed for Albion on transfer deadline day in August 2021. He made 35 appearances for the club, scoring one goal and making two assists.

In an impressive debut season, he won Brighton & Hove Albion’s Players’ Player and Supporters’ Player of the season at the end of season awards back in May.

Marc has represented Spain from Under-16s all the way up to senior level, making his senior team debut in a 4-0 win against Lithuania in June 2021 and represented Spain at the Olympic Games in Tokyo, where he won a silver medal.

Related Topics:Marc Cucurella
Up Next