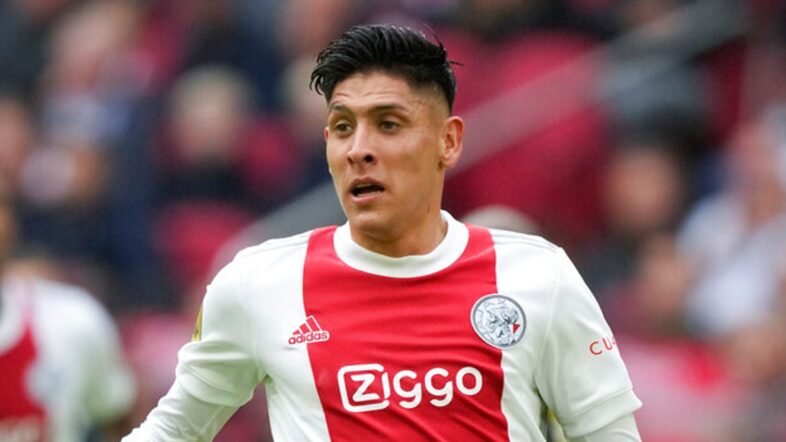 Edson Alvarez is the subject of a late bid by Chelsea

According to multiple reports over the past few hours, Chelsea have made a €50m (£43m) bid for Edson Álvarez of Ajax Amsterdam.

The 24-year-old has been anchoring their midfield for the past couple seasons, as well as the midfield of the Mexico national team.

A prototypical modern midfielder, he’s big and strong, with lots of energy and stamina, excellent reading of the game, and wonderful ball skills to boot. He can shield a back-line and build-up an attack and just about anything in between.

The Chelsea boss criticised his players for “not being tough enough” in Tuesday’s 2-1 defeat at Southampton as he tore into them for their “soft defending” at St Mary’s.

He may, though, have a task on his hands in getting Alvarez from Ajax following a mass exodus of star players from the Dutch club this summer.

Noussair Mazraoui, Ryan Gravenberch, Lisandro Martinez and Sebastien Haller have already left this summer, with Antony set to finalise his move to Manchester United this week.

The Dutch champions are projected to make in the region of £180m from sales in this window, and are under no pressure to allow Mexico international Alvarez to leave.

The transfer window in the Netherlands also shuts 24 hours earlier than most of Europe this summer due to an administrative error made by the nation’s football governing body, KNVB.

PSG offer Neymar to Chelsea, Arsenal lose out on Tielemans