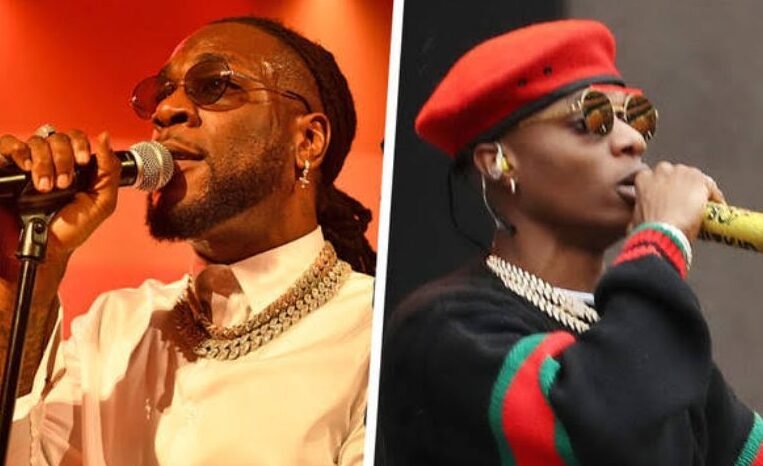 Burna Boy and Wizkid fanbase (FC) took to Twitter to exchange some words over information and superiority.

The ‘African Giant’ described the supporters as “delusional” after accusing them of fabricating negative information about him.

Burna Boy stated in a tweet earlier yesterday that the sufferings and misery of Nigerians should be blamed on miseducation.

He tweeted “Whether you know it or not, All our suffering stems from our miseducation. We do not know who we truly are or the strength we truly have.”

The “Love, Damini” singer took sides with Noble laureate Prof. Wole Soyinka when he criticised the omission of Nigerian history from school curricula in a tweet.

Sharing a photo of a member of Wizkid FC, he wrote, “I said this same thing a while ago, but Wizkid Delusional Twitter FC said I was lying. Maybe if your true history was taught in your schools, Wizkid would have a smarter Twitter FC instead of idiots like this.”

A different Wizkid FC supporter uploaded some allegedly insulting screenshots of Burna Boy from Offset, an American rapper, and his ex-girlfriend, Stefflon Don.

When asked if the screenshots were true, Burna Boy said “Nope this was all doctored and done by Wizkid delusional Twitter FC.”

Femi Kuti reveals what he discussed with Peter Obi