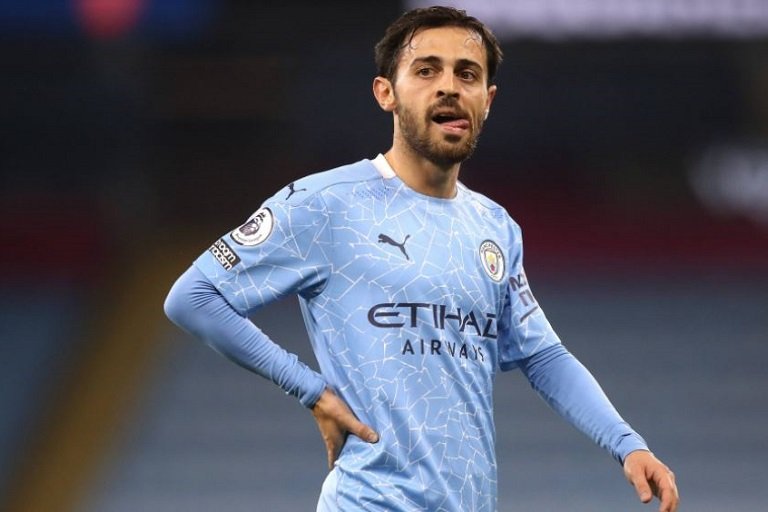 Manchester City have dismissed claims that they have accepted a bid from Barcelona for Portugal playmaker Bernardo Silva, 28. (Mail)

Reports from Spain suggested a fee of between £42m and £46.5m had been agreed for Silva between the Premier League champions and La Liga giants. (Managing Barca)

United have also been offered the chance to sign Spain international and former Chelsea striker Alvaro Morata, 29, who has a year left on his contract at Atletico Madrid. (ESPN)

PSV Eindhoven’s and Netherlands forward Cody Gakpo, 23, is another forward interesting Manchester United but they would have to part with around £35m for his signature. (Telegraph – subscription)

Arsenal are holding talks to sign AC Milan midfielder Sandro Tonali, 22, but the Serie A giants want £46m for the Italy international. (Mail)

Mikel Arteta’s Arsenal are also set to beat Liverpool to the £33m signing of Villarreal’s Spanish winger Yeremi Pino, 19, from the cash-strapped Spanish side. (Metro)

Chelsea will also decide this week whether to pursue a deal to bring Barcelona’s Gabon and former Arsenal striker Pierre-Emerick Aubameyang, 33, back to the Premier League. (FourFourTwo)

Leeds United have been given renewed hope they can seal the signing of Arnaud Kalimuendo, 20, with Paris St-Germain finally willing to put the French striker up for sale. (Yahoo Sports)

Newcastle are set to submit an opening bid for Benfica’s £25m-rated Portuguese striker Goncalo Ramos, 21, who is also a target for Paris St-Germain. (Express)

Barcelona are offering the Netherlands striker Memphis Depay, 28, to Serie A side Juventus as the Catalan club looks to offload players to ease their financial difficulties. (Goal)

Aston Villa’s pursuit of £30m-rated striker Raul de Tomas, 27, has been given a boost after Espanyol’s chairman admitted the Spaniard might leave the club, although Everton, Newcastle and West Ham are also interested. (Birmingham Mail)