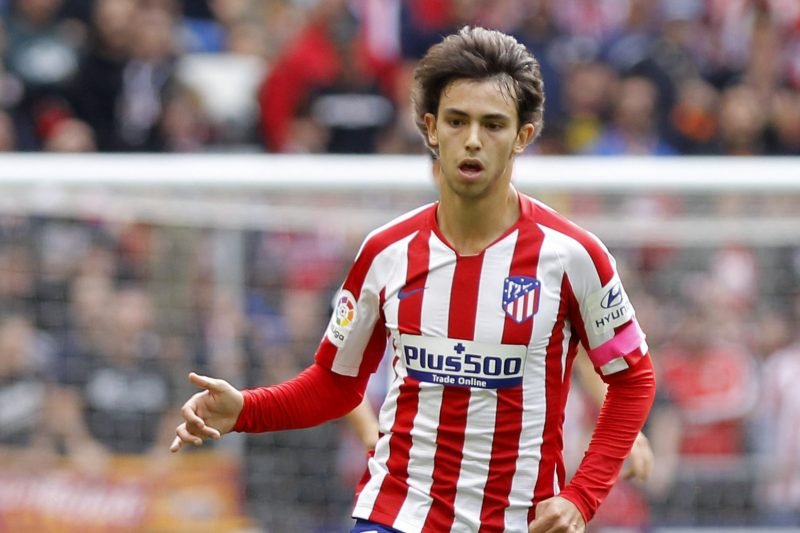 Manchester United have had a £110m bid rejected by Atletico Madrid for Portugal forward Joao Felix, 22. (AS – in Spanish)

Forward Antony is no longer an option for Manchester United with the 22-year-old Brazil international suggesting he is happy at Ajax, despite being linked with the Premier League club throughout the transfer window. (De Telegraaf – in Dutch, subscription required)

Everton are considering signing Chile forward Ben Brereton Diaz from Blackburn Rovers with the 23-year-old being considered as a replacement for injured England forward Dominic Calvert-Lewin, 25. (Sky Sports, via Express)

French club Nice had made an £8.5m offer for Brereton Diaz earlier this week, which Blackburn have yet to accept or reject, with West Ham also showing interest in the Chilean. (Sun, via Metro)

Leicester City’s Wesley Fofana believes the Foxes are pricing him out of a move – with the club said to be asking for a record fee of more than the £80m they received for Manchester United’s England defender Harry Maguire, 29 – for the 21-year-old. (Times – subscription required)

Nottingham Forest have agreed personal terms with Lyon’s Houssem Aouar but are yet to come to an agreement for a fee for the 24-year-old France midfielder, who had previously attracted attention from Arsenal. (L’Equipe – In French)

Manchester United are willing to pay £67m for Real Madrid’s 30-year-old midfielder Casemiro and double the Brazilian’s wages to £360,000 a week, after talks with Juventus’ France midfielder Adrien Rabiot, 27, broke down. (Relevo – in Spanish)

But a deal for Casemiro is now said to be looking unlikely for United, with the player said to not be interested in a move and Chelsea also expressing interest. (Talksport)

The Red Devils are lining up a bid for Borussia Monchengladbach’s Switzerland international goalkeeper Yann Sommer, 33, to challenge number one David de Gea. (Blick, via Sun)

Willian could make a return to the Premier League as reports suggest he is set to open talks with Fulham, the 34-year-old Brazil winger recently left Corinthians and could be signed on a free. (Mail)

Former Arsenal forward Pierre-Emerick Aubameyang would rather leave Barcelona for Chelsea than Manchester United, according to reports which also suggest that Barcelona value him at £25m, a figure Chelsea are reluctant to pay for the 33-year-old Gabon international. (Telegraph, via Express)

Tottenham want to sign Ukraine midfielder Ruslan Malinovskyi from Atalanta, the 29-year-old would be Spurs’ eighth signing of the summer transfer window. (TuttoAtalanta – In Italian)

But it is understood that Liverpool have no intention of letting Keita go before the end of this transfer window and hope to get him to sign a new contract, although they may risk letting him go on a free next summer. (Goal)

West Ham have dropped their interest in Chelsea’s 28-year-old left-back Emerson because of the Brazilian’s high wage demands. (Guardian)