Why ASUU meeting with FG ended in deadlock
Advertisement 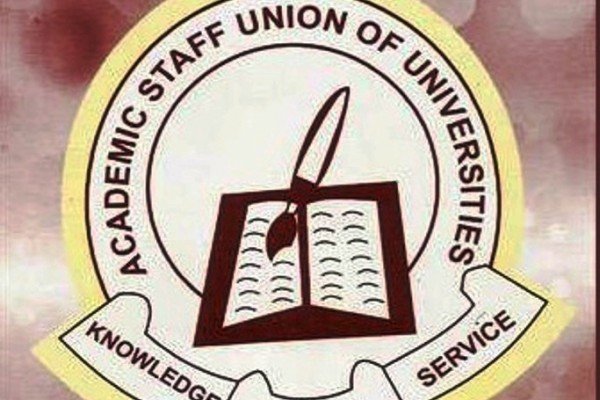 The Academic Staff Union of Universities (ASUU) has advanced reasons why its meeting with the Prof. Nimi Briggs-led committee of the Federal Government on August 16 ended in deadlock.

The union explained that the deadlock came into being because of a certain award of Consolidated University Academic Salary Structure (CONUASS) said to have been prepared by the National Salaries, Incomes and Wages Commission to it.

The union, in a press statement signed by its President, Prof Emmanuel Osodeke, on Thursday expressed anger that the “award”, presented by the Nimi Briggs-led team came in a manner of “take-it-or-leave-it’’ , in ordinarily sheet of paper.

The ASUU president said the ‘award salary’, was against the principle of collective bargaining based on the Wages Boards and Industrial Council’s Decree No. 1 of 1973, the Trade Dispute Act (1976).

According to him, the report also provided a platform for resolving such important issues as special Salaries and Conditions of Service of University Staff, University Funding, roles of Pro Chancellors, Vice-Chancellors, and National Universities Commission (NUC).

He said that a key outcome was a special salary scale for university staff known as University Salary Structure (USS).

He, therefore, said the Federal Government, through the Ministry of Education, should return to the New Draft Agreement of the 2009 FGN/ASUU Renegotiation Committee, whose work spanned a total of five and half years, as a demonstration of good faith.

According to the statement, tagged: “Why ASUU Rejects Governments Award of Salary”, the union claimed that government imposed the ongoing strike action on them, and has encouraged it to linger because of its provocative indifference.

“The Munzali Jibril-led renegotiation committee, submitted the first Draft Agreement in May 2021 but government’s official response did not come until about one year later.

“Again, the “Award” presented by the Nimi Briggs-led Team, came across in a manner of take-it-or-leave-it on a sheet of paper. No serious country in the world treats their scholars this way.

“Over the years, particularly since 1992, the union had always argued for, and negotiated a separate salary structure for academics for obvious reasons.

“ASUU does not accept any awarded salary as was the case in the administration of Gen. Abdulsalam Abubakar. The separate salary structures in all FGN/ASUU Agreements were usually the outcome of Collective Bargaining processes,” he said.

He said the major reason given by the Federal Government for its miserly offer, which was paucity of revenue, was not tenable.

“This is because of several reasons, chief of which is poor management of the economy. This has given rise to leakages in the revenue of governments at all levels.

“There is wasteful spending, misappropriation of funds and outright stealing of our collective patrimony.

“ASUU believes that if the leakages in the management of the country’s resources are stopped, there will be more than enough to meet the nation’s revenue and expenditure targets, without borrowing and plunging the country into debt crisis as is the case now.

“At the commencement of the renegotiation of the 2009 FGN/ASUU Agreement on March 16, 2017, both the federal government and ASUU teams agreed to be guided by” some terms of reference.

“ASUU, however, expressed regrets that the former reneged on its side of obligations and agreed in the agreement,” he said.

Doctoral student in Saudi gets 30 years in jail for tweets