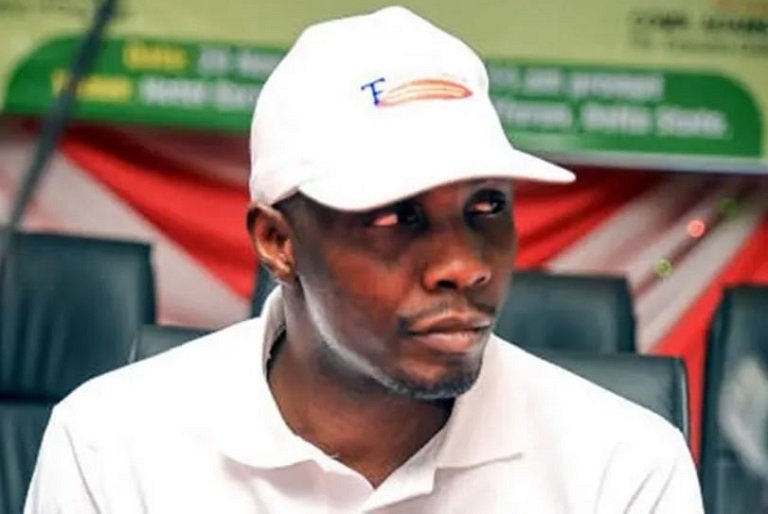 The demonstrators, a coalition of 225 youth groups in the North, warned that they would paralyse activities at NNPC headquarters if the contract is not revoked in seven days.

The protesters brandished banners with inscriptions, reading: “How can a fugitive be in charge of national assets’, ‘Chief of Defence Staff militarising other zones but romancing Niger Delta militants’, ‘revoke the pipeline contract now’, among others.

A spokesperson for the group, Victor Duniya, said implication of the contract was that, “a private citizen like Tompolo will be allowed to handle not just light but sophisticated weapons to be able to ward off possible attacks from vicious oil bunkering cartels.”

The federal government had reportedly renewed a multi-million dollar pipeline surveillance contract to Tompolo, who was Commander of the defunct Movement for Emancipation of Niger Delta (MEND).

Duniya noted that the development is coming at a time the North is bleeding profusely due to activities of terrorist elements, while youths are not allowed to get weapons to defend their communities.

He, therefore, called on President Muhammadu Buhari to sack the Minister of State for Petroleum, Timipre Sylva, Chief Executive Officer of NNPC Ltd., Mele Kyari and Group Executive Director, Upstream, Adokiye Tombomelye, over the roles they played in the contract procedures.

“We are aware that Tomopolo and his boys are major beneficiaries of the Presidential Amnesty Programme (PAP), wherein the Federal Government under the leadership of the late Umaru Musa Yar’Adua extended same to the restive youths of the Niger Delta,” Duniya said.

“Till date, supposed ex-agitators are being sponsored to world-class universities, others are being trained to acquire skills, while those with established businesses are constantly being empowered.”