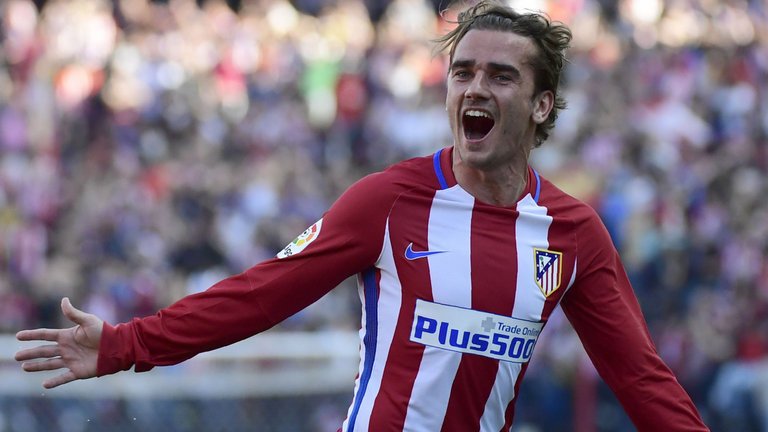 However, Atletico Madrid manager Diego Simeone says he wants Manchester United target Morata to “continue” at the club after he scored twice in their La Liga opener. (Mirror)

And Morata also said he is “happy” at Atletico Madrid and “wants to continue working there”, casting further doubt on his willingness to move to Manchester United. (Mirror)

But, according to Real Madrid sources, Casemiro is not interested in a move to Manchester United and the La Liga club has not received an offer. (Lucas Navarrete)

Barcelona are not interested in signing Portugal full-back Diogo Dalot, 23, from Manchester United as part of a deal that would see 25-year-old Netherlands midfielder Frenkie de Jong go in the opposite direction to Old Trafford. (Mundo Deportivo – in Spanish)

Newcastle have expressed an interest in signing three players from Chelsea – Hudson-Odoi, fellow England midfielder Conor Gallagher, 22, and United States forward Christian Pulisic, 23 – and are also keen on Blues striker Armando Broja, 20, of Albania, but can only take one player on loan from the club and have financial restrictions on the number of permanent signings they can make. (Telegraph – subscription required)

Leicester City’s Wesley Fofana, 21, has agreed personal terms with Chelsea but the two clubs have still not settled on a fee – with the Stamford Bridge outfit refusing to meet the £85m asking price for the French centre-back. (Fabrizio Romano)

Chelsea have agreed a deal to sign 19-year-old Italian midfielder Cesare Casadei from Inter Milan for £12.6m plus £4.2m in add-ons. (Sky Sports)

Chelsea will allow Newcastle United target Hudson-Odoi to leave Stamford Bridge, but only on loan. Co-owner Todd Boehly has pleaded with him not to force through a permanent transfer. (Evening Standard – subscription required)

Turkish side Besiktas want to sign Everton’s Dele Alli – either via a loan or permanent deal. The Premier League club are willing to let the England international, 26, decide on the switch. (Fabrizio Romano)

Nice have lodged an opening bid of about 10m euros (£8.4m) for Blackburn’s Chile striker Ben Brereton Diaz, 23. (The Athletic)

Sevilla, who had been competing with West Ham for the signing of Kehrer, have agreed a 20m euro (£16.8m) fee with Bayern Munich for 20-year-old French centre-back Tanguy Nianzou. (Fabrizio Romano)

Tottenham’s France midfielder Tanguy Ndombele, 23, will not be making a move to Serie A side Napoli. (Corriere Dello Sport – in Italian)

Netherlands forward Memphis Depay’s lawyers have met with Barcelona to discuss the 28-year-old’s departure to Juventus, which is expected in the coming days. (Sport)

Marseille are set to announce the signing of French midfielder Sayha Seha, 17, from Troyes despite interest from Manchester United. (L’Equipe)

Juventus forward Lina Hurtig, 26, is close to completing a move to the Women’s Super League. The Sweden international is due in London on Wednesday to finalise terms with Arsenal. (Tom Garry)