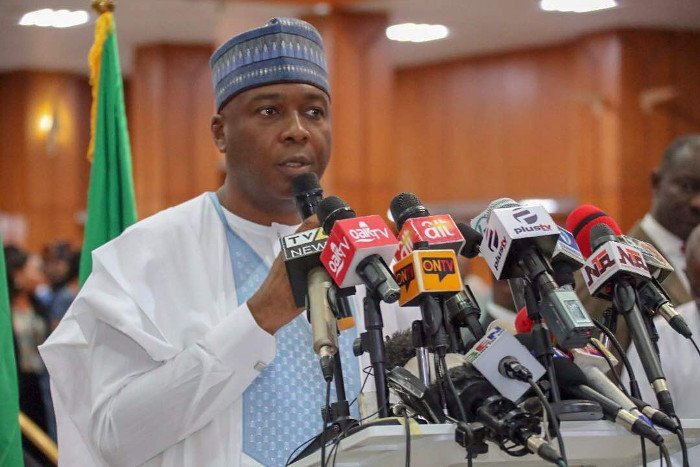 Speaking in Ilorin, Kwara state capital, at a summit themed “Character as Leadership” organized by Malam Bolaji Abdullahi Omoluabi Foundation as part of the International Youth Day programme, Saraki noted that, people without character should not put themselves forward to rule Nigeria.

“How can people who are struggling over basic issues of certificate aspire for the position of leadership anywhere in Nigeria? he quizzed.

Adding that, “One of the core ingredients of leadership has to do with character. Nigeria has been ruined and the youth especially must be part of the process to elect those that will fix it to secure a bright future.

“There is no point for us coming to celebrate if we cannot take decision on choice of leadership, it is time for us to look at the choice of our leaders and when somebody comes out to vote, we should ask whether he has good character, courage and competence,” Saraki said.