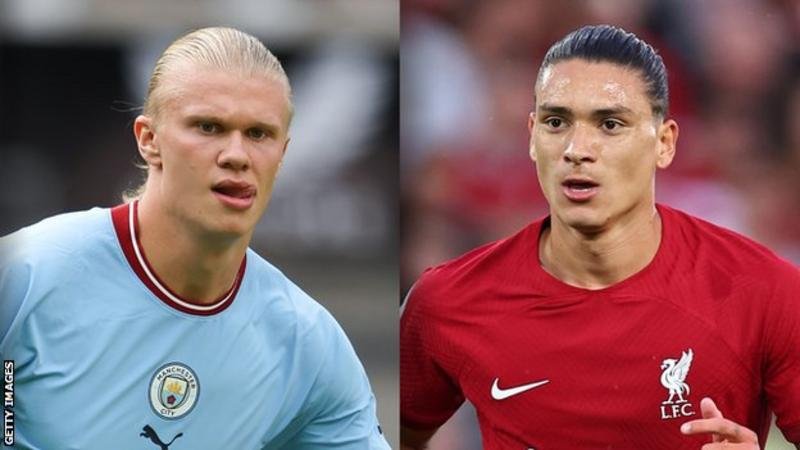 Premier League clubs have broken their record for spending in a summer transfer window, according to analysis from finance company Deloitte.

Deloitte has calculated clubs have spent £1.5bn so far this summer, exceeding the previous record of £1.4bn in 2017.

There is still a week to go until the transfer window closes at 23:00 BST on 1 September.

“The record levels of spending that we’ve seen in this summer transfer window so far provides a sign that the business models of Premier League clubs are rebounding post-Covid,” said Chris Wood, assistant director in Deloitte’s Sports Business Group.

“While this is encouraging, the importance of clubs establishing responsible and sustainable spending policies cannot be overstated.”

Some of the biggest transfers have seen Liverpool sign Uruguay striker Darwin Nunez from Benfica for an initial £64m in a deal that could rise to £85m, while Manchester United have brought in Brazil midfielder Casemiro for an initial £60m from Real Madrid in a move that could eventually be worth £70m.

Tottenham Hotspur signed Brazil forward Richarlison from Everton in a move believed to be worth £60m and Manchester City secured the arrival of Norway striker Erling Haaland for £51.2m from Borussia Dortmund.

England forward Raheem Sterling joined Chelsea in a £50m deal, while the Blues also signed Spain defender Marc Cucurella from Brighton in a move worth more than £60m.

Fourteen players have so far been signed by Premier League clubs for reported fees of more than £30m, which compares to eight during the 2021 summer transfer window.

Man City to host Chelsea in EFL third round