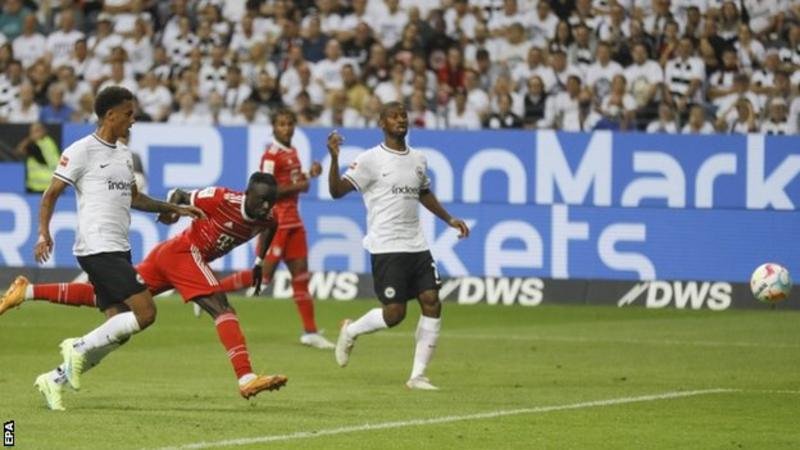 Sadio Mane scored on his Bundesliga debut as champions Bayern Munich opened the new season with a 6-1 win away to Eintracht Frankfurt.

The Senegal forward, 30, headed home from a Serge Gnabry cross to make it 3-0 as Bayern went 5-0 up by half-time.

Randal Kolo Muani pulled one back before Jamal Musiala completed the scoring with his second goal late on.

Joshua Kimmich’s free-kick opened the scoring while Benjamin Pavard and Gnabry were also on target.

The Senegalese joined Bayern in a £35m move from Liverpool in June and also scored in last week’s German Super Cup win over RB Leipzig.

Mane celebrated with Bayern fans after the game