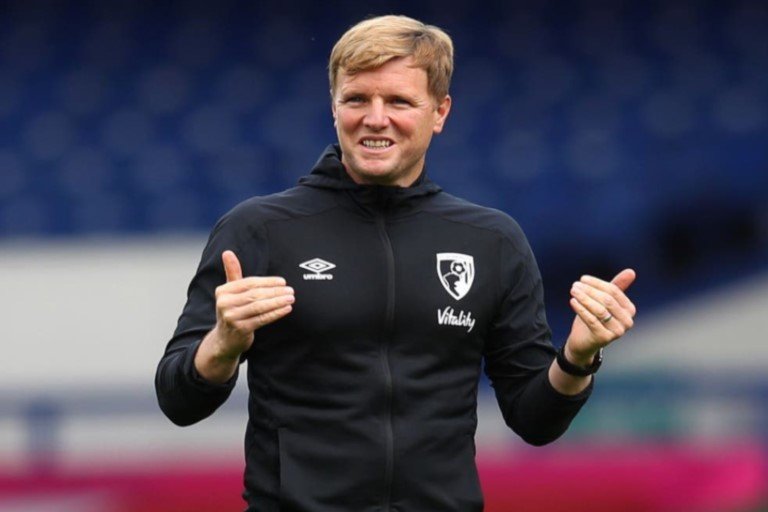 Howe joined the Magpies on a deal which ran until the summer of 2024 when he took over from Steve Bruce in November 2021.

🗣 A message from the boss!

Newcastle were 19th in the Premier League at the time, five points from safety after 11 games, and he guided them to an 11th-place finish.

Howe said it was “a great feeling to commit” his future to the club.

“I’m extremely proud to be the head coach of Newcastle United and have enjoyed every moment here,” he said.

“I’d like to take the opportunity to acknowledge my coaching team, the players, staff and supporters. They make it a very special place to be every day.

“I’d also like to extend my gratitude to our owners and to [sporting director] Dan Ashworth. We are still at the start of our journey, but this is an exciting time to be a part of Newcastle United and I’m very excited about the future together.

Speaking earlier on Friday in the build-up to his side’s game against Nottingham Forest at 1500 BST on Saturday, Howe insisted the club’s spending will be limited for “years” despite the wealth of the club’s Saudi Arabian-backed owners.

The £305m takeover of Newcastle was completed in October 2021 and the club spent £85m on transfers in January.

This summer the club have invested £32m in Sven Botman, £15m in Matt Targett and have signed goalkeeper Nick Pope for an undisclosed fee.

But Howe says it is wrong to assume the club can “sign whoever we want”.

“Financial Fair Play will impact us, will continue to impact us, I think, for a number of years,” Howe said.

“We haven’t got the free rein, the free hand that maybe has been perceived in the media, that we can go and sign whoever we want and pay extortionate fees and wages.”

Newcastle are hoping to buy an attacking player before the transfer window closes, having made a bid for Leicester’s James Maddison understood to be between £40m and £50m.

They had also been in talks to sign Reims striker Hugo Ekitike, who has since joined Paris St-Germain on loan.

“We’re having to be creative and smart and try to make the right additions with the financial restraints that we have,” Howe said.

In January, Kieran Trippier became the club’s first signing under the new owners, followed by the arrivals of Chris Wood, Bruno Guimaraes and Dan Burn.