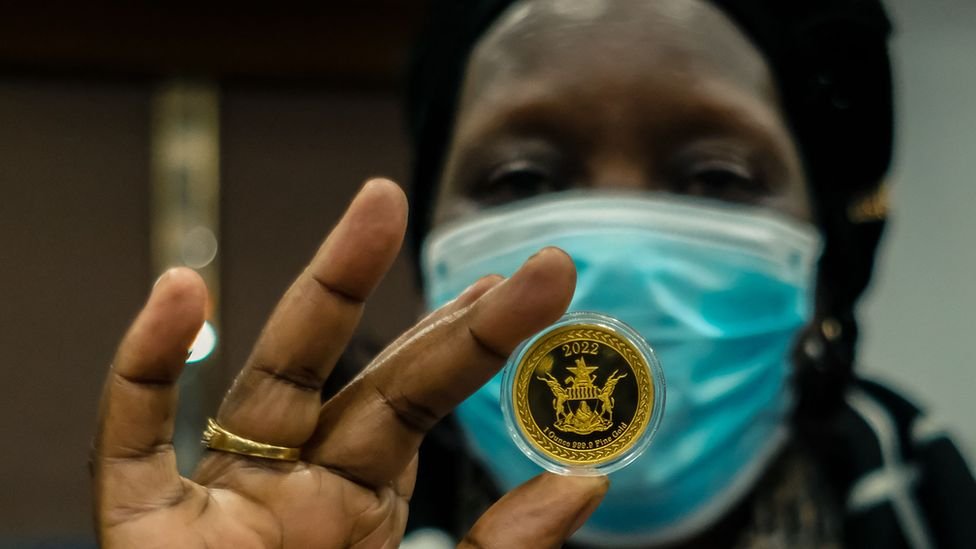 Zimbabwe’s central bank has introduced gold coins in an effort to combat the nation’s soaring inflation and depreciating currency.

After the annual rate of inflation surpassed 190 percent this month, the central bank’s primary interest rate was more than doubled to 200 percent.

Each coin will cost the price of an ounce of gold on the world market plus 5% for manufacturing costs.

According to John Mangudya, governor of the Reserve Bank of Zimbabwe, it will be feasible to utilise the coins in stores if they have enough change.

The Victoria Falls, which are located on the border between Zambia and Zimbabwe, are referred to on the coin as “Mosi-oa-Tunya,” which translates to “The Smoke Which Thunders.”

This year, the Zimbabwean dollar relative to major currencies slumped in value.

The nation is keenly aware of the economic chaos that existed during the late Robert Mugabe’s nearly four-decade tenure.

In 2009, hyperinflation compelled it to stop using the Zimbabwean currency and start using other currencies, mostly the US dollar.

The government stopped releasing official inflation data during the midst of the crisis, although an estimate for mid-November 2008 put the rate at 89.7 sextillion percent year over year.

The 100 billion Zimbabwean dollar banknote was viewed at the time as a symbol of the country’s collapsed economy.

A decade later, the local money was brought back, although it has fallen in value once more.