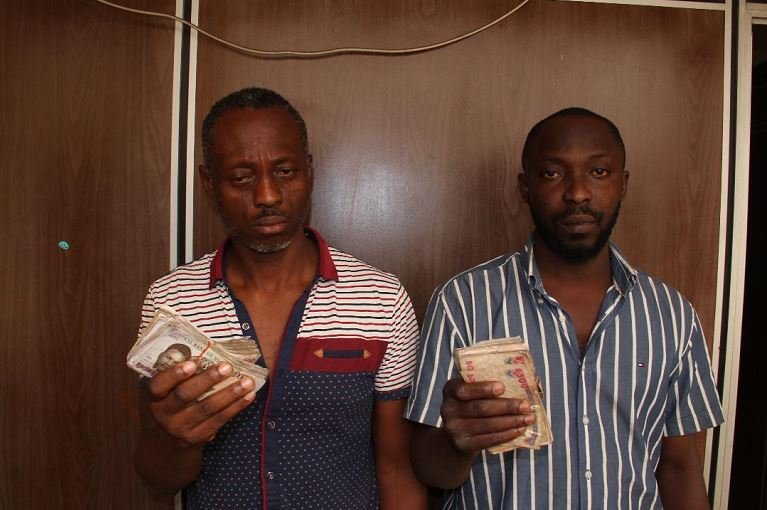 Ahead of 2023 general elections, a non-governmental organisation (NGO), Good Governance Awareness Initiative (GGAI), has recommended use of body cameras by security personnel on election day to curb vote buying.

The NGO also advised the Federal Government to set up mobile courts in the 774 local government areas across the country to prosecute vote buying on election day.

The Executive Director, Ms Maureen Onwukwe, stated this in Abuja on Monday at a news briefing and public presentation of a research survey titled: “Why People Sell and Buy Votes in Nigeria”.

Onwukwe, who described election as an integral part of every democracy, added that the problem of “vote buying and selling” presented a fresh danger to the integrity and reliability of elections in Nigeria.

She added that this must be addressed accordingly to give way to the dividend of democracy in the country.

“We are all aware that elections in the country were marred over the years through ballot stuffing and snatching and various degrees of electoral violence.

“However, the technological innovations that was introduced by INEC and the Electoral Act 2022 makes it extremely impossible for political parties to rig election.

Bribe money offered to INEC officials during the 2019 election

“This has made politicians devised another means to manipulate the supposed decision of electorate through inducing them with money to sell their votes.

“Vote buying and selling has become eminent in every recent election, which has hampered the quality and integrity of office holders.

“These problems and many more necessitated this research to underscore the political, social and economic aspect of vote buying and selling,” she said

Onwukwe said that in conducting the research, 1,000 responses were received from potential voters through online and traditional questionnaire system.

She said that 54 per cent of the respondents said that the security agencies were not proactive in curbing vote trading takes, 44 per cent linked vote buying to poverty.

“The research noted that, it is outside INEC purview to end poverty. However, it is within INEC’s right to protect the integrity of the voting process.

“Thus, the survey recommends that the electoral body takes proactive measures to stop the commercialisation of vote buying.

“Purchasing body cams for police officers at polling units and setting up of mobile courts in the 774 local government of the federation to expedite the prosecution of vote buyers and sellers will help.

“There should also be stiffer penalties for both vote sellers and buyers,” she added.

The executive director further explained that the research has unveiled that electorates are not aware that vote selling constituted an electoral offence.

“Funny enough, 55 per cent of the respondent said that they are not aware that vote selling is an electoral offence.

“This was evident during the just concluded Osun Gubernatorial election, as voters took to social media to brag on selling their votes.

“I think INEC and CSOs should intensify electoral law awareness. People need to know the consequences of selling their votes.

She added that the centre had commenced initiatives to sensitise various electoral stakeholders with programmes that would specifically focus on 10 millions market women and youths.

The Chairman, GGAI, Prof. Charles Nwekealu, in his remarks said since Nigeria independent in 1960, leadership had been one of the challenges facing the country.

Nwekealu said that because Nigeria elections had been characterised with rigging, ballot snatching and violence, the country had not been able to elect the kind of leadership it deserved.

This, according to him, made Nigeria to embark on a number of reforms to ensure that the country has a good electoral system that would lead to electing good leadership.

“Leadership will determined the rise or fall of any country, any country that is lucky to have a dynamic leadership, there is no limit to the demands of that country.

“We believe that this research will help in improving the outcome of the scheduled 2023 general elections in Nigeria,” he said.

Gold commended the NGO for the research aimed at addressing vote buying in the country, said that ICPC was already working with some NGOs on vote buying.

He said ICPC was working to expand its partnership with more NGOs including GGAI to extend voters education to all states across the Federation ahead of 2023 general elections.

“What we need is sensitisation. Even the issue of corruption, sensitisation is key. We believe in the power of information.

“Information helps in prevention and it is cheaper. Just as you just heard, some people don’t even know that vote selling is an offence. Hence the need for sensitisation,” he said.

Mr Aleshinloye Farouk, the Programme and Research Manager, GGAI, said the survey revealed that people sell their votes because of poverty.

He said some believed that the money was national cake that needed to be shared.

According to him, the use of body cameras on election day is doable since Federal Road Safety Corps (FRSC) officers use them and it helps during prosecution.(NAN)