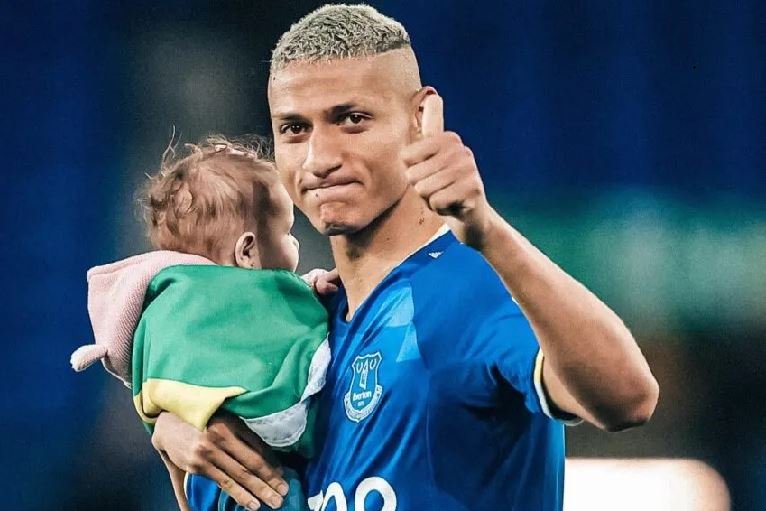 Richarlison joined Everton from Watford in 2018

Brazilian forward, Richarlison has joined Tottenham Hotspur on a five-year, believed to be around £60 million from Everton.

Following his July 2018 transfer from Watford, he made 135 league appearances for the Toffees, scoring 43 goals.

Richarlison was acquired by the Hornets for £11.5 million in 2017 from the Brazilian team Fluminense.

Richarlison, who could play as a central striker or as a wide attacker, finished as Everton’s joint-top scorer in all competitions in his first two seasons on Merseyside. He also reached double figures in three of his four seasons with the club.

It's very difficult to say goodbye to a place that has become my home; fans who welcomed as if I were one of them; and a club that treated me kindly and helped me develop my sense of community and empathy. Neighter all the love I have is enough to thank you. Love you!💙🥺 pic.twitter.com/8V7Wvgdoer

He made his senior international debut as a second-half substitute in Brazil’s 2-0 victory over the United States in September 2018. Since then, he has made 36 appearances and scored 14 goals.

He was selected for the 23-man team for the Copa America in 2019, and he scored in the championship match as Brazil won the competition for the first time since 2007.

He also participated in the Tokyo 2020 Summer Olympics, where his team won the gold medal and he finished the competition as the tournament’s top scorer with five goals.

As they get ready for a season in which they have qualified for the Champions League, Tottenham has added the forward.

Everton thanked Richarlison for his dedication and service during his tenure with the team in a statement.

Related Topics:BrazilEvertonRicharlisonTottenham Hotspurs
Up Next