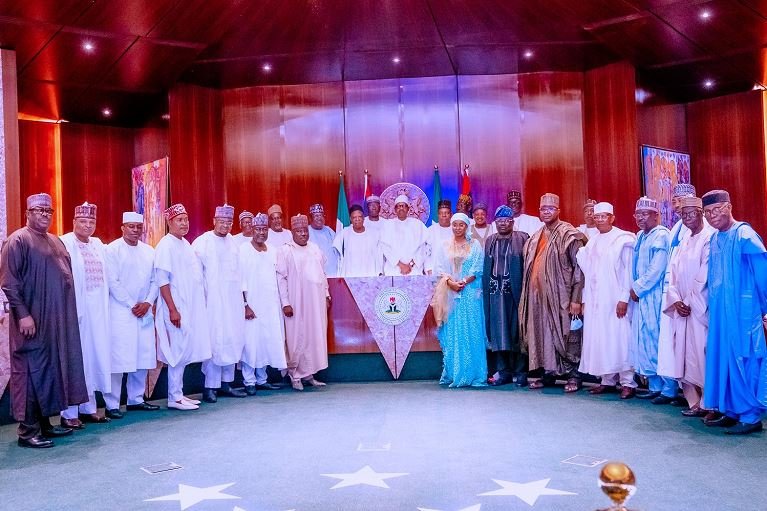 President Muhammadu Buhari on Friday met with some stakeholders of the All Progressives Congress (APC) at the Council Chamber of the Presidential Villa in Abuja.

It was gathered that the presidential candidate of the ruling party, Bola Tinubu, was absent at the meeting but his running mate, Kashim Shettima was present.

Similarly, none of the APC governors in the south-west was present as of the time the President arrived at the chamber.

It is unclear why Buhari held the meeting as well as why the APC flagbearer, speaker, and south-west governors were absent at the meeting.

The meeting, on the other hand, was attended by the President of the Senate, Ahmad Lawan; Deputy Speaker of the House of Representatives, Idris Wase; APC National Chairman, Abdullahi Adamu; and APC Vice-Presidential Candidate, Senator Kashim Shettima.