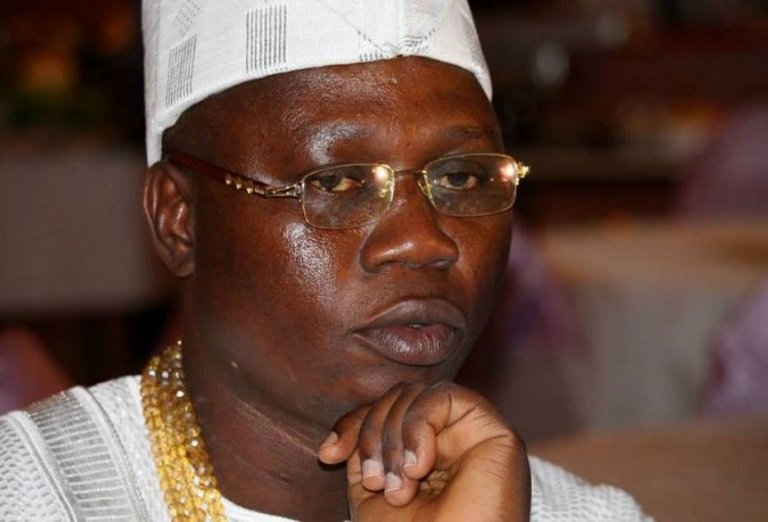 The Aare Onakakanfo of Yorubaland, Gani Adams, said on Sunday terrorists have moved into forests in the South-West in a bid to launch attacks on the region.

In a statement issued by his media aide, Kehinde Aderemi. The founder of the Odua People’s Congress (OPC) said the criminals had concluded plans to attack Lagos, Ogun and Oyo States.

Adams claimed that the terrorists had been observed with a sizable cache of weapons and ammunition and urged the governors of the South-West to beef up security in the states.

Additionally, he pleaded with President Muhammadu Buhari to permit the governors to set up state police prior to his departure in 2023.

“Now that Abuja appears to have lost the war against terrorism, the South-West area has been the next target of these destroyers of hope,” the statement stated.

“Information reaching me today (Sunday) is that the terrorists are in-between Osu forest and Ile Ife, Osun State, fully armed with various ammunition and they are presently in the forest between Abeokuta and Ibadan planning to attack us in the South-West.

“This is one piece of information that we need to act on in order to avoid a possible calamity. Yoruba aren’t cowards. So, let everybody in the South-West be vigilant and be watchful in checking this insecurity scourge that is already stiff-necking Nigeria.

“We will never allow them to destroy our land. Therefore, we urge the six governors in the South-West states to hold an urgent emergency security meeting with stakeholders across the region so as to address the impending implosion.

“We are aware of their plans to strike in Lagos, Ibadan, Oyo States, and Abeokuta in Ogun State. However, I implore all the governors in the South-West to recruit local security service structure in their various local governments.”

BBNaija Weekly Recap: Not exactly Love and Light among housemates