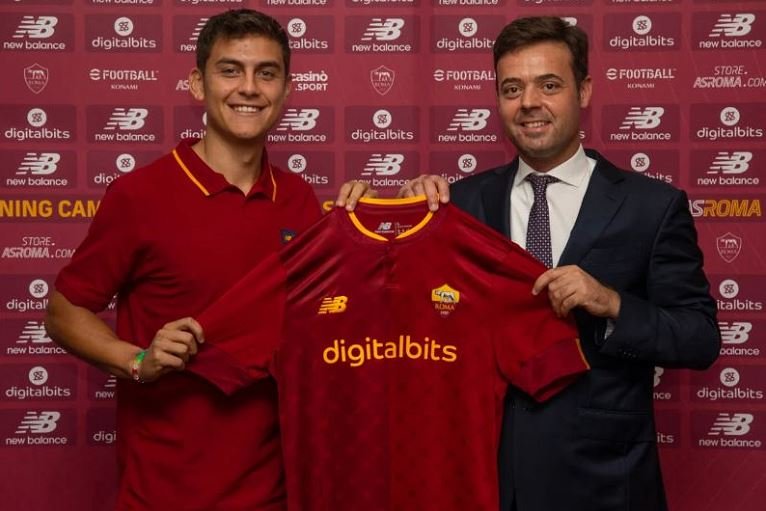 Paulo Dybala has joined Roma from Juventus after accepting a three-year deal with the club that runs until 30 June 2025.

Announcing the signing of the 28-year old, Roma also used the opportunity to highlight children who are missing across the world.

“We also hope this video can help continue to raise awareness in the search for missing children all around the globe,” the tweet read.

The club is delighted to confirm the signing of the world-renowned forward!

We also hope this video can help continue to raise awareness in the search for missing children all around the globe. 🙏
#ASRoma | @ICMEC_official pic.twitter.com/eb0TXYXamk

The five-time Serie A champion began his career in Argentina with Instituto, before going on to play for Palermo and Juventus in Italy.

He won league titles with Juventus, he has also won the Coppa Italia on four occasions and the Italian Supercup a further three times.

Dybala was named Serie A’s Most Valuable Player in 2020, and has been selected in the league’s Team of the Season on four separate occasions.

Speaking on joining Roma, he said, “The days that have led up to me signing this contract have been filled with so many emotions.”

“The speed and determination with which Roma demonstrated just how much they wanted me made all the difference.

“I am joining a team that is on the up, a club that continues to put in place strong foundations for the future, and a coach, Jose Mourinho, that it will be a privilege to work with.

“As an opponent I have always admired the atmosphere created by the Roma fans – I now cannot wait for the chance to salute them while wearing this shirt.”

Shortly after presenting the Argentina international, Tiago Pinto, Roma’s General Manager said, “Paulo’s decision to join our project is a testament to the club’s credibility and a sign of the hard work that, all together, we are putting in to take Roma forward,” , added.

“Paulo is a world-renowned player who has won major trophies and gained global acclaim; he will bring that class with him to Roma and I am sure that, with him in the squad, we will be even stronger and more competitive.”

Dybala has opted to wear the No. 21 shirt for the club.

Nemanja Matic, who originally selected the shirt number when he joined the Giallorossi last month, will switch to wear No. 8 instead.

Dybala regularly wears the No. 21 shirt for the national team, while he also wore it during his first two seasons at Juventus.