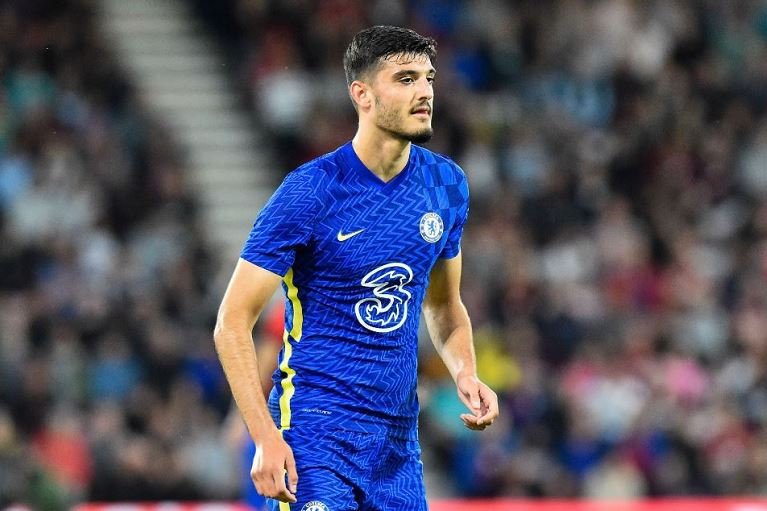 Real Madrid have enquired about the availability of Chelsea’s Albania striker Armando Broja, 20, who impressed on loan at Southampton last season. (Standard)

Bayern Munich’s France full-back Benjamin Pavard, 26, would be willing to join Chelsea if they made a serious offer. (Bild)

Chelsea’s Germany forward Timo Werner, 26, has accepted a 50% pay cut to rejoin RB Leipzig – and a loan fee with a purchase clause is being discussed. (Bild – in German)

Barcelona’s Memphis Depay, 28, is among Juventus’ options for a new attacking option along with Werner and Atletico Madrid’s Spain striker Alvaro Morata, 29, but there have been no direct talks between Tottenham and the Netherlands forward. (Fabrizio Romano)

However, Salzburg want at least 65m euros (£55m) for Sesko, which is significantly more than what United are prepared to pay. (Telegraph – subscription required)

Manchester City have denied they are willing to sell Portugal midfielder Bernardo Silva, 27, to Barcelona after reports his departure could fund a deal for Lyon’s Brazil midfielder Lucas Paqueta, 24. (Mail)

Chelsea have made a first offer to Inter Milan for their 19-year-old Italian midfielder Cesare Casadei. (Gianluca di Marzio – in Italian)

Rennes have agreed a deal with Tottenham to sign Wales defender Joe Rodon, 24, on a season-long loan. (90min)

Wales midfielder Aaron Ramsey, 31, is attracting interest from MLS clubs following the termination of his Juventus contract. He has already turned down the chance to be reunited with former Juve boss Andrea Pirlo at Turkish side Fatih Karagumruk. (Mail)

Barcelona president Joan Laporta says there is a “strong possibility” Manchester United target Frenkie de Jong will stay at the club and he will “do my best” to keep the Netherlands midfielder, 25. (CBS Sports)

Serie A side Salernitana have joined the race to sign Finland midfielder Glen Kamara, 26, from Rangers. (90min)