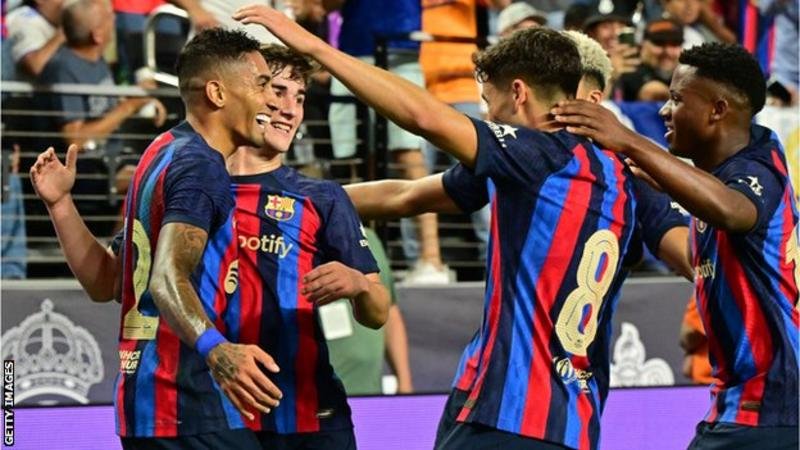 The Brazil international joined the La Liga giants from Leeds United in a deal worth up to £55m earlier this month.

He has now scored two goals in two pre-season games in the United States.

His goal came in the 27th minute after he intercepted a wayward pass from Real’s Eder Militao to secure the win in a match in which Robert Lewandowski made his debut for Barca.

Real Madrid, who were without star striker Karim Benzema, failed to register a shot on target.

Eden Hazard started as a false nine for Madrid as Aurelien Tchouameni made his debut.