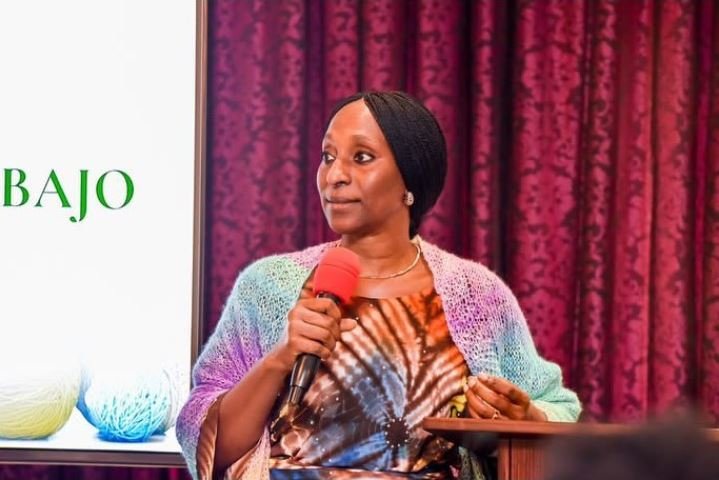 PYO Global Movement has congratulated Mrs Dolapo Osinbajo as she turned 55 on July, 15, 2022, describing her as a role model to Nigerian women locally and globally.

The PYO Global which is a Movement for Good Governance which comprises of Nigerians at home and abroad and non-Nigerians showered praises on the wife of the Vice President, noting that, she is not only a beautiful and humble woman, but one that has set an exemplary standard for women everywhere.

Describing her as a gem and mother of all, the United Kingdom coordinator of the PYO Global (United Kingdom) Emma Ginnelly said, “Mrs Dolapo Osinbajo is an admirable woman who is very humble. As the wife of the Vice President, she has been very supportive to her husband and she has shown that behind every successful man, there is a successful woman. I greet her on the occasion of her birthday and I join all PYO Global Movement members to congratulate her on 55th birthday.”

Dr Baba Adams, a leading Nigerian voice in the United States and coordinator of PYO Global (United States) congratulated Mrs Dolapo Osinbajo “Happy Birthday to Her Excellency. She is a woman of substance and one that has stood apart from the rest. She is indeed a role model to many women across the world. She has served Nigeria with great dignity and honour,” Dr Baba said.

Similarly, Maryam Bukar Hassan, PYO Global (Northern Coordinator) congratulated Mrs Osinbajo for her contribution to the women gender. “Her Excellency has distinguished herself among women leaders in Nigeria. She is a role model to me and many women across the world. I wish her many more years in good health and prosperity. Her efforts in empowering different strata of women is well appreciated.”

Etim Etim, PYO Global (South South) said she has instilled discipline in the younger generation. “When she kneels to greet elders, she only helps to reinforce our values, morals and ideals which are fast disappearing. Happy Birthday to a woman who carries divine grace.”

Princewill Ogban, PYO Global (Canada) alluded to her humanitarian services to mankind. “Mrs Dolapo Osinbajo is a great leader and continues to be an inspiration to women and most especially African women. Her spousal relationship and support to her husband has contributed immensely to the numerous person and poverty eradication programs that have touched the lives of many Nigerians including market women and artisans. We in the diaspora are profoundly proud of her and wish her the best as she celebrates her 55th birthday.”

Franklin C. Aluko PYO Global Representative in Texas, USA also joined and congratulated the wife of the Vice President. “Her humanitarian contributions to women and children across Nigeria has not gone unnoticed. She is a big force for women in Nigeria and her patriotism has been visible to all Nigerians. She is a blessing to Nigeria and I’m happy that God has kept her in good health. I wish her Happy Birthday.”

Born on 15 July 1967, Mrs. Dolapo Osinbajo grew up in Ikenne. She is the granddaughter of Papa Obafemi Awolowo, SAN, former Premier of Western Region, prominent Nigerian nationalist and a most distinguished presidential candidate in the Second Republic Yoruba chief, and his wife Hannah Idowu Dideolu Awolowo, through Awolowo’s daughter the late Ayodele Soyode (née Awolowo).

Dolapo Osinbajo is the Executive Director of The Women’s Helping Hand Initiative, a refuge facility in Epe, Lagos, established in 2014, and a co-founder of the Orderly Society Trust.

The PYO Global Movement is a group of Nigerians around the world collaborating for good governance and champions of a greater Nigerian nation.

The Movement is committed to teaching Nigerians the importance of good governance as a critical factor in development.

It also seeks to build a critical mass of future leaders who believe in the ideals of good governance as part of nation building.