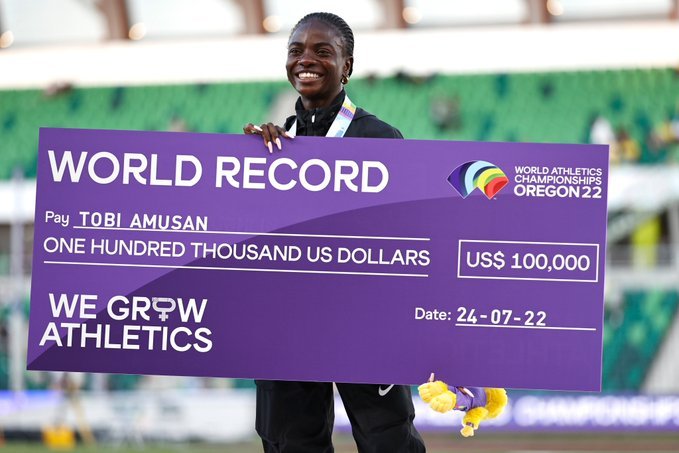 She did it by going faster than the 12.12s world record time she ran in the semi-finals, but her 12.06s in the final wasn’t recognised as a world record owing to the over 2m/s wind speed.

Fastest heat time ever run at a global championship!#WorldAthleticsChamps pic.twitter.com/orcQVOxpnH

Amusan had blitzed to a world record 12.12s in the semi-finals but obliterated that mark with a superb 12.06s to become the first Nigerian to win gold in the history of the World Athletics Championships.

Nigeria had won a total of nine medals, comprising four silver and five bronze before Amusan destroyed a strong field in the final.

She had earlier taken eight hundredths of a second off American Keni Harrison‘s world record from 2016. Amusan’s previous personal best before the semi-final was 12.40, set in the first round on Saturday in Oregon.

Osinbajo thanks everyone after surgical operation

2023: Vote any candidate of your choice – Adeboye