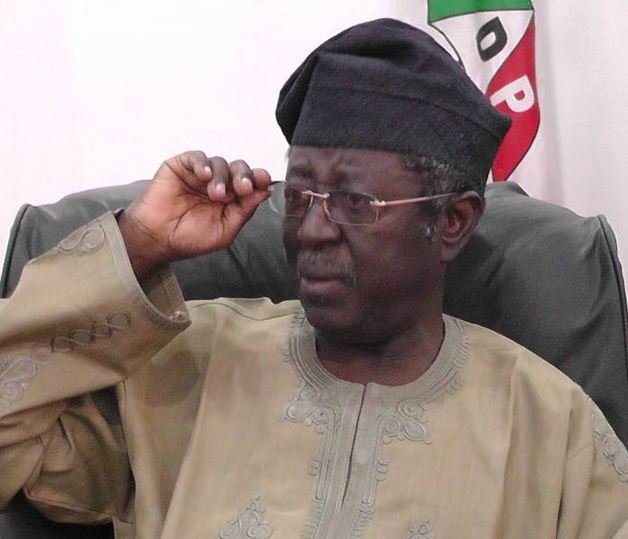 Justice C.L Dabup of the Plateau State High Court sitting in Jos, has adjourned the ongoing trial of a former governor of Plateau State, Senator Jonah David Jang and a former cashier in the Office of the Secretary to the State Government (OSSG), Yusuf Pam, for judgment.

He made the adjournment on Thursday, July 14, 2022 after the adoption of final written addresses by both the prosecution and defence counsel.

Jang and Pam are facing trial for alleged criminal breach of trust and misappropriation of Plateau State funds to the tune of N6.3 billion.

At the resumed hearing of the case on Thursday, counsel to the first defendant (Jonah Jang), Mike Ozekhome, SAN adopted his final written address and urged the court to discharge and acquit his client.

Ozekhome, who also informed the court that the first defendant (Jang) pleaded not guilty to the charges preferred against him, said the case lacked merit and that the prosecution did not prove its case beyond reasonable doubt.

Speaking in the same vein, counsel to the second defendant (Yusuf Pam), S.G. Odey, while adopting his final written address, urged the court to discharge and acquit his client on all charges levelled against him.

Prosecution counsel, Rotimi Jacobs, SAN, however urged the court to consider the evidence of all the fourteen (14) witnesses before it, especially the evidence of Prosecution Witness 5, PW5, which supported the confessional statement of the second defendant. Jacobs submitted that the required proof is not “proof beyond all shadow of doubt”.

Ozekhome did not object to the two applications but Odey indicated his intention to oppose the applications. The court thereafter directed that the final addresses be adopted.

Odey also adopted his written address and urged the court to discharge and acquit Pam.