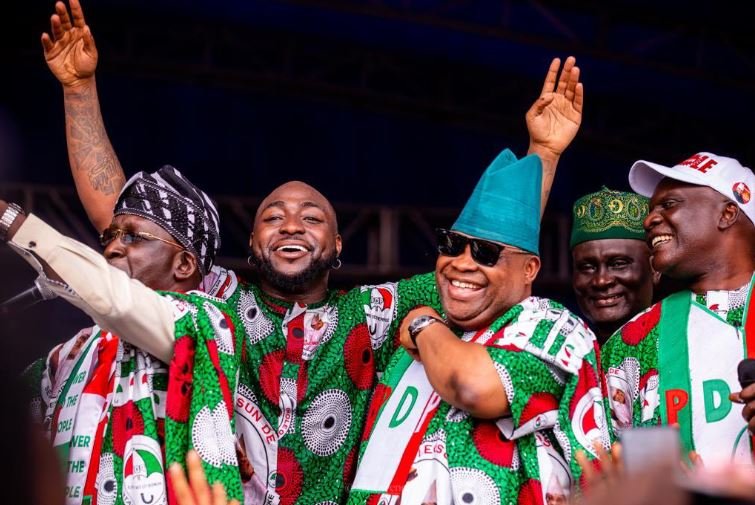 He defeated the incumbent All Progressives Congress (APC) governor, Adegboyega Oyetola by 28, 344 votes.

“Light has come to Osun. Congratulations, Sen. Ademola Adeleke, on a well-fought victory,” Atiku wrote on his Twitter page.

“Also, hearty congratulations to the PDP family and all stakeholders who came together to make this possible.

“Most importantly, congratulations to the great people of Osun State for proving that power indeed belongs to the people,” he said.

Announcing the results at the INEC Collation Centre on Sunday in Osogbo, Prof. Oluwatoyin Ogundipe, who was the returning officer, said that Adeleke polled 403,371 votes to defeat his closet rival, Gov. Gboyega Oyetola, the candidate of the APC, who scored 375,027 votes.

Ogundipe, who is the Vice-Chancellor of the University of Lagos, said that the Action Democratic Party (ADP) scored 10,104 to come third.

He also said that the Accord Party candidate scored 4,515 and came fourth.

“I Oluwatoyin Ogundipe Temitayo, hereby certify that I am the returning officer for Osun 2022 governorship election, which held on July 16, 2022.

“I hereby declare on behalf on the INEC chairman that Ademola Jackson Nurudeen Adeleke of the PDP, having satisfied the requirements of the law, is hereby declared the winner and returned elected.