Iya Osogbo at 92: Longevity by Grace by Vincent Akindele
Advertisement 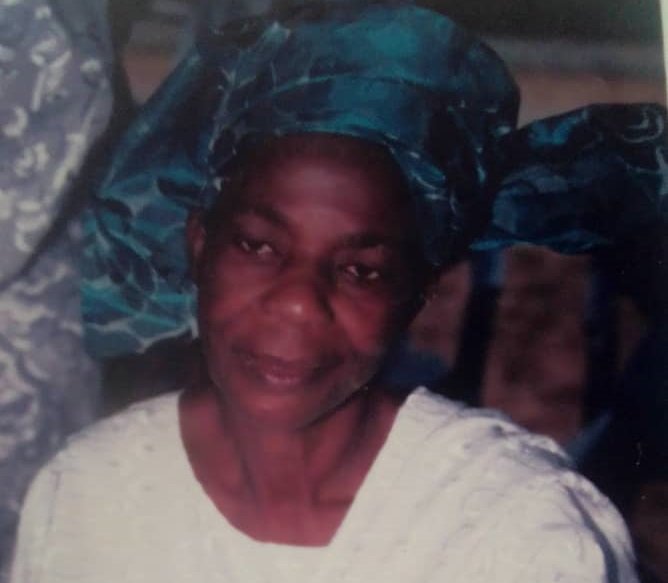 There is a Yoruba saying, Oruko omo ni ma nro omo, which can be translated to mean that the name one bears have a lot to do with what one becomes in life. This posits largely that names have the potency of bringing fortunes or misfortunes. Quite a number of circumstances or situations influence the decisions of parents on the names they give to their children.

Instructively, christening is done with ecstatic fanfare. Some edible items are symbolically used to offer prayers at the occasion. A few of these items are sugar cane, honey, and fruits. As a result of their qualities of being sweet and generally acceptable by many, they symbolise favour, fortune, and success. Kolanut and bitter cola are also important items used: The Yoruba name for Kolanut ‘obi’, as pronounced in the Yoruba language, could ward off evils. The same goes for bitter cola, ‘orogbo’, in its phonetic sound, is believed to attract longevity.

Quite interestingly, Mama was christened Grace Owoola. These two names have positively wielded great influence on her life. From the Christian perspective, grace has been described as the gift of God to an individual for outstanding successes and achievement. One can, therefore, conclude that by God’s grace, Grace has found grace to live this long: 92 years in a country where life expectancy is put as 55 years. This is worth celebrating!

So, family, friends, and fans will gather once again on August 23, 2022, to honour and celebrate this living legend. It is a time to join her to thank God for a beautiful, fruitful, and wonderfully fulfilling life. Part of the activities lined up for the birthday celebrations is the public presentation of her biography entitled, IYA OSOGBO: Life and Times of Grace Owoola Oyin-Adejobi and the launch of a charity foundation named after her.

Mama Grace Owoola Adejobi popularly called Iya Osogbo was born on August 23, 1930 to the family of Prince John Okebiyi and Mrs. Deborah Olabisi Okebiyi at Isale Osun in Osogbo. She was the third of her father’s children and the second of her mother’s five children. Her father, Prince Okebiyi, a polygamist was an educated and well-to-do building contractor who travelled from one town to another as his trade demanded. He spoke many languages which include Yoruba, Hausa, Igbo, French, and English. He was of a royal lineage of Osogbo.

Grace Owoola started primary education at All Saints Anglican Primary School, Balogun Agoro, Ile-Abodua, Oluode, Osogbo, Osun State in 1941. It was at a time when qualification for admission into primary school was by stature, not age. A child should be able to raise his right hand across his/her head to touch the left ear. Grace scaled through this hurdle and got admitted. It was a celebration for the family as she was a promising child whom the family hoped would lift the name of the family. Aside from performing excellently in her studies, Grace distinguished herself in sporting activities. She was good at running and her height was an added advantage.

Failure to pay her school fee made her drop out of school. Then, it dawned on her that she had to work to make ends meet. She took to trading on food crops like yam, cassava, maize, and some other crops in large quantity. She was getting some money to feed herself and could also save some for the rainy day.

Though the business of buying and selling farm produce was to some extent profitable, she opted to train as a skilled professional. Her intuitive feelings and good performance on sewing during the Handiwork lessons at school prompted her to register as an apprentice at one of Mrs. Cleggs’ sewing and clothes-making outfits in Osogbo. Mrs. Clegg, an indigene of Ijebu-Ode, was well known in Osogbo and its environs.

Grace’s residual knowledge and previous handiwork lessons on sewing at school helped to accelerate the completion of the training and she applied for ‘freedom’, the local parlance for graduation after a period of learning a vocation. She secured a shop at a very good location, well-equipped with the necessary tools. She had many apprentices who learnt from her. Like her boss, Mrs. Clegg, she became popular and had several customers.

Meanwhile, shortly before Grace completed her training in sewing in 1953, one of her male relatives, Mr. Adeniyi who was Oyin’s close friend, informed her that they were forming a singing and drama group at Adejobi’s house. Mr. Adeniyi introduced them to each other. After they had started to work together, Oyin asked her to marry him having discovered some qualities of a good wife in her.

Out of personal conviction and genuine love, she agreed despite Oyin’s physical disability, and they got married in 1953. Theirs was a successful marriage. Grace was a dutiful, responsible, and loving wife. Though her husband has passed on for many years now, she claims, “I love my husband so much. I can tell you, very sincerely, I still love him”.

The requirements of her husband’s business, Adejobi Musical Party compelled her to quit sewing for a full-time acting. She could not comfortably combine the two vocations as they travelled from town to town. Grace and Oyin grew up in the same neighbourhood. They both attended All Saints Anglican Church, Balogun Agoro, Osogbo where Grace was a chorister and Oyin served as the Choir Master and they also both attended the same school.

Her first appearance on stage was when she played the role of Eve in Paradise Lost. And thereafter, she acted in over three hundred stage plays, a few home videos, and films. Among the stage plays are Hannah’s Trial and Triumph, The Gospel Fruit in Osogbo, Kuye, Laniyonu, Ekuro-Oloja (The Royal Palm nut), Itoju Kunle (Taking care of Kunle).

Other producers and dramatists invited her to feature in their plays, home videos and films: They were: Hubert Ogunde, Adeyemi Josiah Afolayan popularly called Ade Love, Olalere Osunpaimo (a.k.a Lere Paimo), and Yekini Ajileye. For Ogunde, she featured in Ayanmo, Jayesinmi, and Aye. For Afolayan (Ade Love), she played the leading role in Ija Orogun Iyaale (senior wife), Iya Ibeji (Twins’ mother).

In Ija Ominira, she played a noticeable role as Ara Oja who was accused of not paying obeisance to the heir of the reigning king; she also featured in Taxi Driver. For Lere Paimo, she featured in the popular drama, Ogbori Elemoso, also as Ara Oja (Market woman). For Ajileye, she featured in Eran Iya Osogbo as the protagonist, Iyawo Alfa whose co-wife was a witch that demonised her goat to commit atrocities to implicate her.

Mama also featured prominently in the popular Efunsetan, produced by Ishola Ogunsola’s I-Show Films. Here she played the role of Iya Agbebi (the midwife). Taiwo Hassan, popularly called Ogogo was another successful Nigerian actor, producer and director who invited mama to feature in his productions. She often played the role of Iya Ogogo, Ogogo’s mother in Ogogo’s films.

One remarkable thing to note in her acting career is that Mama did not want to play the role of a witch in whatever guise. In Eran Iya Osogbo, when the producer approached her with the storyline for her to play the role of a witch who owned a goat that was used to perpetrate evil, she politely turned it down. Then, the producer had to take the pain to change it to having a co-wife who was a witch who used her supernatural power to remote control the goat to do evil to cause trouble for Iya Osogbo in Eran Iya Osogbo. She also turned down similar roles in Ogunde’s Ayanmo, Jayesimi, and Aye.

Mama’s exploits in acting make people wonder whether she is a born actress or a made actress. Many say the gift of acting is in every fibre of her being. She is indeed a fulfilled actress. By 2009, Mama decided to stop starring in secular plays, videos, and films. Rather, she opted to be ‘acting for God’. Hear the reason in her own words: “Awon aye ti mo mi asiko tito ti mo fe ki awon orun naa mo mi.” (I have been famous enough among people in the world. It is time to be known and recognised by the heavens). What a decision!