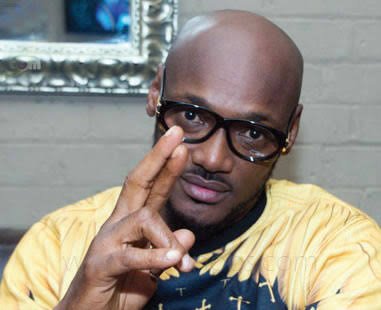 Music legend Innocent Idibia, popularly known as Tu Face has berated Nigerians for putting blame on President Muhammadu Buhari for all of the country’s problems.

“Na Naija dem suppose call comedy central. They want to impeach Buhari based on one reason,” the artist said Pidgin English. “It’s crazy that everyone just hides behind this convenient space and points at the president for every small thing, even as we have governors, senators, house of reps, inspector general of police, commandants, and citizens.”

Tu Face ventilated his opinion via a video he shared on his official Instagram page.

“Everybody is shying away from their responsibility and hiding behind their convenient space, pointing at the President. Everything is the president. It’s mad, man,” he said.

Recall that amid economic hardship in 2017, Tu Face called for a nationwide protest against the Buhari regime but chickened out after he came under intense pressure from security agents. He later claimed he backed out of the protest because he was informed that the protest would be hijacked by hoodlums.

Tu Face’s latest outburst comes two days after some federal lawmakers vowed to initiate an impeachment move against President Buhari, the Commander-in-Chief of the Armed Forces of Nigeria, if he fails to find a solution to worsening insecurity in the country within six weeks.

The six weeks ultimatum came after bandits and insurgents advanced towards the nation’s capital.

The extremists, flanking the Abuja city, have begun attacks around the seat of power and have also threatened to abduct the country’s president.

Since the threat, they have attacked the Presidential Guards Brigade in Bwari, a outskirts of the Abuja city centre, killing about a dozen of elite soldiers guarding the president and the federal capital. Thursday night, the gunmen again engaged soldiers at a checkpoint in Madalla, along the Abuja-Kaduna highway, causing commotion as commuters scampered to escape the crossfire.

On July 5, Boko Haram jihadists broke into the Kuje Medium Security Correctional Centre, freeing their members in custody among other hardened criminals being held at the facility. This was on the same day that bandits ambushed the presidential advance party in his Katsina home state, killing a top police chief while others were injured.