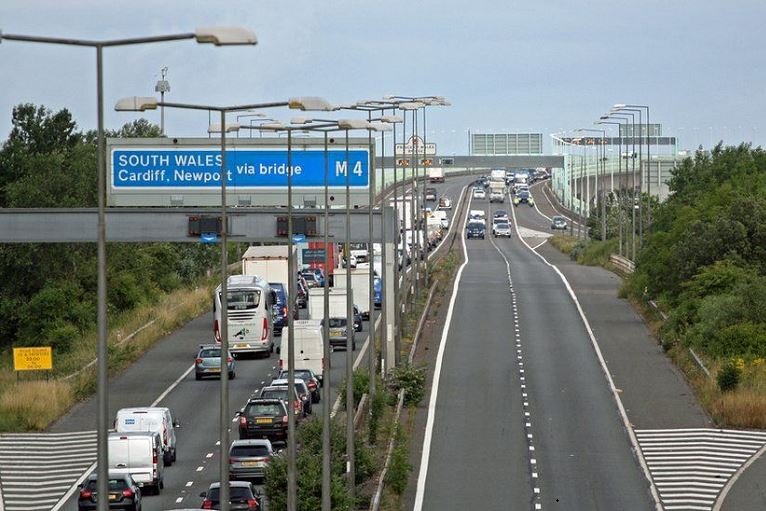 More than a dozen protesters were arrested for driving too slowly during demonstrations on motorways in England, Wales and Scotland over fuel prices.

Twelve people were arrested during a protest on the M4, which led to the Prince of Wales Bridge, between England and Wales, being closed.

Another man was arrested near the A38.

Protesters, organised under the social media banner Fuel Price Stand Against Tax, drove in a series of convoys at 30mph (48.3km/h) to cause gridlock on major roads and motorways.

Chief Superintendent Tom Harding from Gwent Police said people had been arrested for driving under 30mph for a “prolonged amount of time”.

The roads affected by disruption included:

Gwent Police said organisers of the protest had been given a legal notice to prevent them from blocking the bridge over the River Severn and from driving under 30mph.

Ch Supt Harding said restrictions had been placed on the protest as otherwise “emergency and critical services” would have been restricted.

Tariq Akram said his was one of 50 vehicles making the 60-mile journey through Scunthorpe and Doncaster at 20mph.

The Scunthorpe truck driver told the BBC his company had added £4,000 to its fuel bill in the past four months because of rising prices.

“The turnout was absolutely fantastic. There were 35 vehicles from our yard alone who took part,” he said.

“At one point, I thought some cars wanted to overtake so I tried to let them by, then I realised they were joining in.”

Avon and Somerset Police said all protests in its area had finished and thanked the public for their patience in a tweet at 15:20 BST.

Earlier, Devon and Cornwall Police said it was aware of a go-slow protest heading northbound from Exeter services on the M5.

The force also said a further protest began on the A38 heading north from Ivybridge, where a man in his 50s was arrested after ignoring a warning about unsafe driving.

“Unfortunately we have had unsafe driving on the A38 including vehicles travelling at a dangerously low speed,” a force spokesman said.