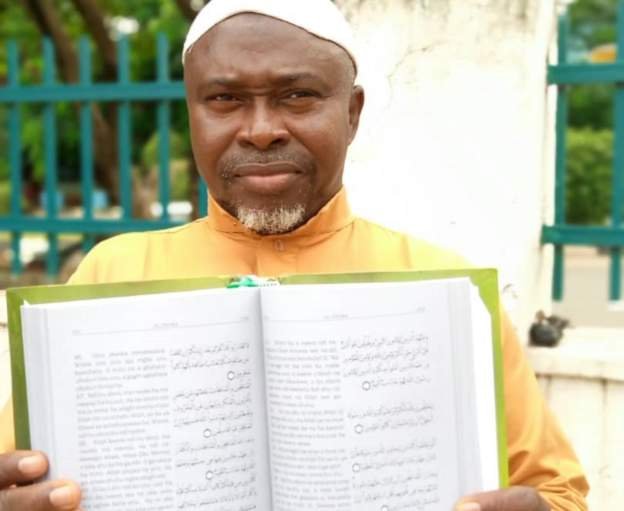 Murtala Chukwuemeka with the holy book

The first translation of the Quran into the Igbo language has been published in Nigeria.

It was unveiled at a gathering at the Ansar-Ud-Deen Mosque in Abuja, where Muhammad Murtala Chukwuemeka, who translated the holy Islamic text from Arabic into the Igbo language, said it took him five years to complete.

Igbo is largely spoken in south-eastern Nigeria, where Christians make up the bulk of the population. Nigeria, the most populous country in Africa, with a predominantly Muslim north and a predominantly Christian south.

However, not all Igbos reside in the south-east, and some Igbo community members practise other religions.

Mr Chukwuemeka converted to Islam in 1989 and later studied to become an Islamic cleric.

He says he has printed hundreds of copies of the Quran in Igbo as he wants to spread the “message of Allah” to his Igbo brothers and sisters.

The Quran has already been translated into Hausa and Yoruba – the two other most-widely spoken languages in Nigeria.