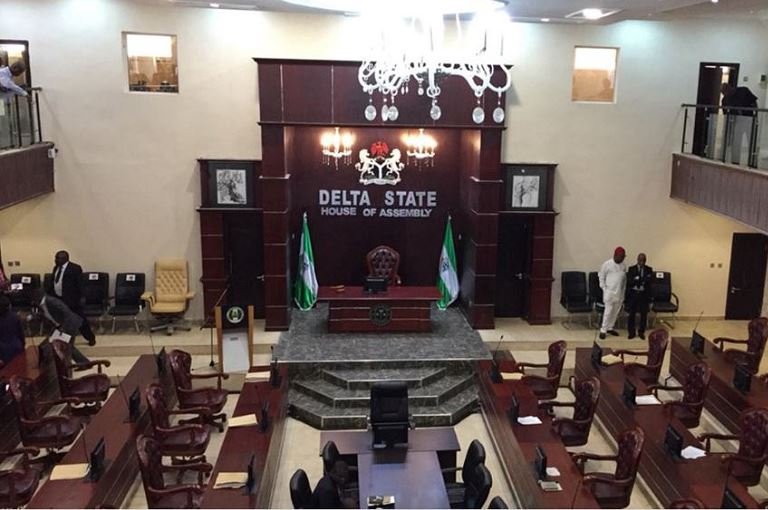 The Delta State House of Assembly on Monday commenced legislative action on the review of the 1999 Constitution of the Federal Republic of Nigeria, Fifth Alteration Bill.

To commence the process, the Speaker, Chief Sheriff Oborevwori in Asaba led members and some management staff of the assembly on a two-day retreat to examine the bill ahead of deliberations on the floor of the House.

In his opening remarks, Oborevwori said that the retreat was to set in motion the legislative process that would culminate to the resolution of the House towards the Fifth Alteration of the 1999 Constitution.

“My honourable colleagues, it is indeed a great pleasure for me and the leadership of the Seventh Assembly to be part of history in the Fifth Alteration of the Constitution of the Federal Republic of Nigeria, 1999.

“It is also my pleasure to welcome you all to this very vital retreat put together by the leadership of the House to enable us set in motion the legislative process that will culminate to the resolution of the House towards the Fifth Alteration of the 1999 Constitution.”

Oborevwori explained that the two chambers of the National Assembly, had in the review considered 68 amendments in the Fifth Alteration Bill, and adopted 44 of them, which were transmitted to the 36 State Houses of Assembly for further legislative action.

”The National Assembly, that is, the Senate and the House of Representatives, had in review of the 1999 Constitution, considered 68 (Fifth Alteration) Bills, but passed only 44 of them.

”These 44 bills have been transmitted to the 36 State Houses of Assembly for further legislative action,” Oborevwori said.

According to him, the exercise is in compliance with Section 9, subsection 2 of the Constitution of the Federal Republic of Nigeria, 1999 as amended.

Oborevwori said that the 44 amendments passed by both Chambers of the National Assembly dealt specifically with issues of development, governance, politics and the economy.

He added that more powers would be devolved to the states in the journey to true federalism.

The Speaker stressed that the assignment deserved diligence and commitment, and urged members to use the opportunity to showcase the vibrancy of the Delta State House of Assembly.

Oborevwori said there was a strong need to build consensus on 1999 constitutional issues, adding that they must get it right for the benefit of the people and for the unity of the country.

He disclosed that seasoned and time- tested resource persons were assembled to take them through in the course of the retreat and urged members to see it as an opportunity to acquire fresh knowledge and expand their horizons.

On her part, the Clerk of the House, Mrs Lyna Ocholor, recalled when the leadership of the National Assembly invited Clerks of the 36 State Houses of Assembly in the country to a discourse on the Alteration Bill and directed immediate attention to it in their various states.

Ocholor said that they were advised to look into the 44 amendments for further legislative actions.

She said that the three guest speakers at the retreat participated actively in the exercise, which made them eminently qualified to handle the deliberations and take them through to enable them vote on the bills. (NAN)