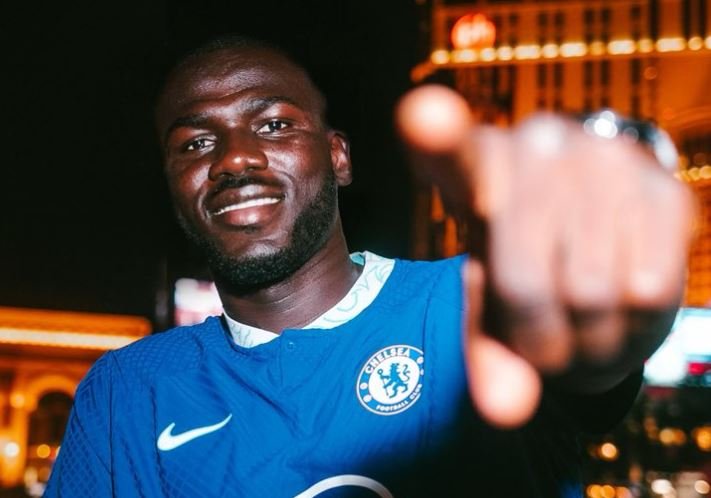 Chelsea have announced the signing of centre-back Kalidou Koulibaly on a four-year deal from Serie A side Napoli.

The Senegal international, 31, joined Napoli from Genk in 2014 and made 317 appearances for the Italian side.

His arrival at Stamford Bridge follows the departures of defenders Antonio Rudiger to Real Madrid and Andreas Christensen to Barcelona, both on free transfers.

“I’m very happy to be here with this team at Chelsea,” said Koulibaly.

“It’s a big team in the world and my dream was always to play in the Premier League. Chelsea came first to get me in 2016 but we didn’t make it. Now when they came to me I accepted it because they really wanted me to come to the Premier League to play for them.

“When I spoke to my good friends Edou [Mendy] and Jorginho they made my choice easier.”

Koulibaly made his senior debut for Senegal in September 2015 and has since earned 62 caps, captaining the team to victory at the 2021 Africa Cup of Nations.

He becomes Chelsea’s second signing since the Todd Boehly-led takeover after Raheem Sterling joined the club in a £50m deal.

Boehly said: “Kalidou Koulibaly is one of the world’s elite defenders and we are delighted to be welcoming him to Chelsea.

“A great leader and an exemplary team player, Kalidou brings a wealth of experience and attributes that will benefit our squad and the club as a whole.”

Related Topics:ChelseaKalidou Koulibaly
Up Next