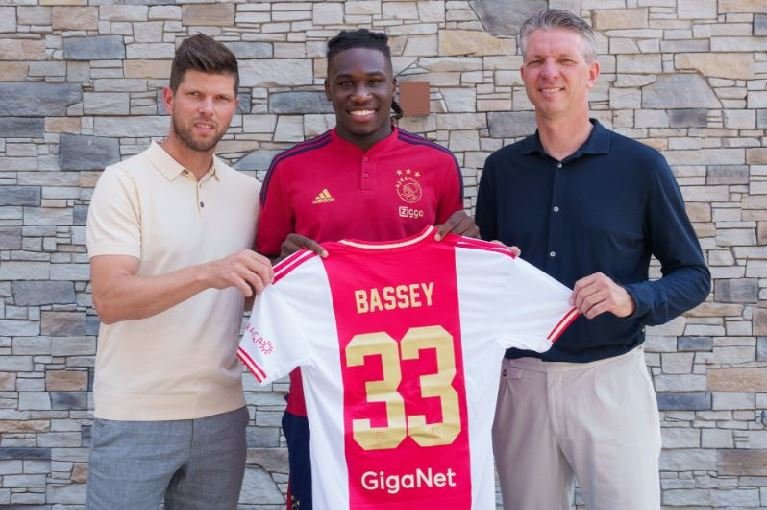 Calvin Bassey has completed his move to join the Dutch champions, Ajax a club record fee of £19.6m was agreed with Rangers.

The Nigeria defender, 22, has signed a five-year deal with the Dutch champions, while add-ons could boost the sale by another £3m.

Bassey joined Rangers from Leicester City for a modest compensation fee in 2020 and emerged as a key player last season.

Bassey made 15 appearances as Rangers won their first top-flight title in a decade during his debut campaign.

Last term, he racked up 50 games as the Ibrox club reached the Europa League final and won the Scottish Cup.

Calvin Bassey now joins up with Ajax at their training camp in Austria, with the Amsterdam club kicking off the defence of their Eredivisie title on 6 August, a week after they meet PSV in the Johan Cruyff Shield.

Scotland centre-half John Souttar agreed a pre-contract move to Rangers from Hearts earlier in the year, while defender Ben Davies moved to Ibrox from Liverpool on Tuesday.