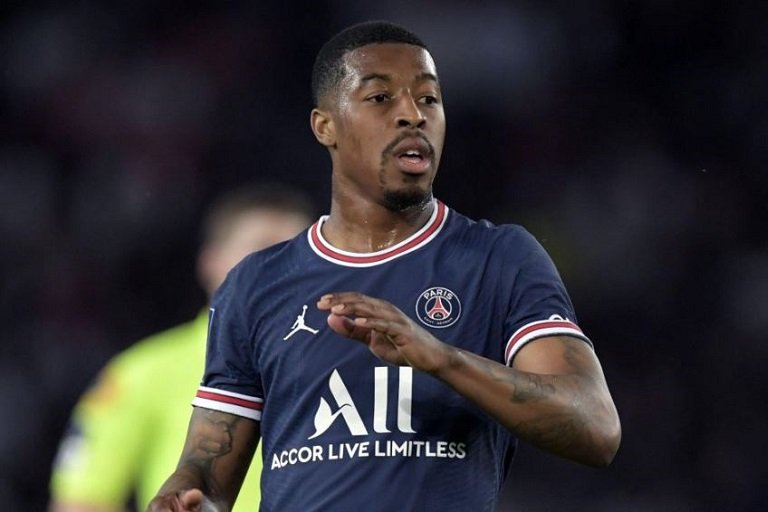 Barcelona hope to beat Chelsea’s bid of 65m euros (£55.3m) in instalments for France defender Kounde, 23, by offering Sevilla a smaller sum in one go. (Sport – in Spanish).

Bayern Munich have made contact with the representatives of Tottenham and England striker Harry Kane, 28, who has not ruled out a move to the German champions next summer. (Bild – in German)

United will let Ronaldo leave on loan this summer as long as he triggers a one-year option to extend his contract so he can return to Old Trafford for the following season. (Mirror)

Brazil winger Neymar has played down reports of him moving away from Paris St-Germain this summer, with Chelsea and Manchester City linked with the 30-year-old. (Mail)

Chelsea have reached an agreement allowing Inter Milan to keep Belgium forward Romelu Lukaku, 29, for an additional year once his initial season-long loan at the Serie A club finishes. (Mail),

Newcastle are keen on Leicester winger Harvey Barnes but the Foxes want £50m for the 24-year-old Englishman. (Sun)

Liverpool manager Jurgen Klopp has ruled out making any more signings unless there are any injuries in his squad or the club sells any existing players. (Sky Sports)

The Seagulls will target Manchester United left-back Brandon Williams, 21, in a £15m deal if Cucurella leaves this summer. (Mirror)

Timo Werner is likely to leave Chelsea this summer because the 26-year-old striker wants more game time to ensure his spot in Germany’s World Cup squad. (Sky Sports – in German)

Roma have stepped up their interest in Manchester United and Ivory Coast defender Eric Bailly, 28. (Mirror)

Manchester City have turned down a £16m offer from Southampton for England Under-19 forward Liam Delap, with a number of Championship clubs interested in a loan deal for the 19-year-old forward. (Athletic – subscription required)

Arsenal are in talks to loan Portuguese defender Nuno Tavares to Atalanta, with the 22-year-old keen on a move away from the Emirates. (Fabrizio Romano)

Newcastle have enquired about Rennes and Ghana winger Kamaldeen Sulemana, who has been valued at around £30m and has attracted interest from Bayer Leverkusen and Ajax. (Mail)

West Ham are negotiating with Napoli over a deal for Poland midfielder Piotr Zielinski, 28. (Tuttomercato – in Italian).

Bournemouth are considering a move for Coventry goalkeeper Simon Moore, 32, because they want the Englishman to provide competition to Mark Travers. (Mail)

Related Topics:ChelseaPresnel Kimpembe
Up Next