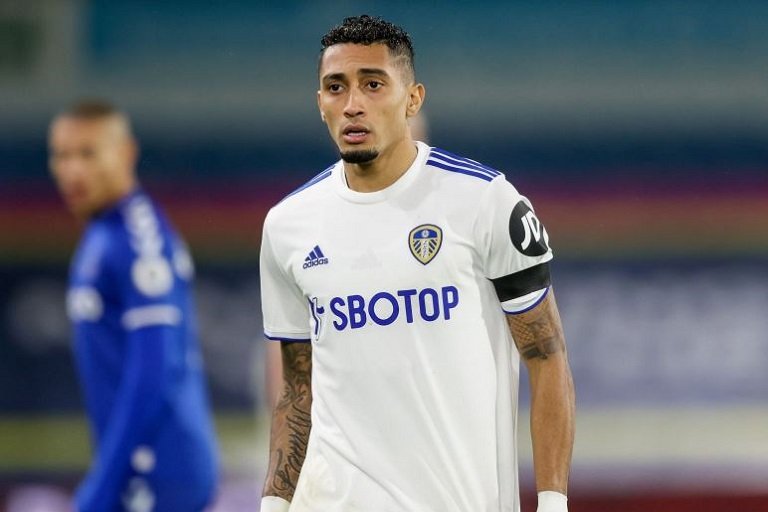 Barcelona have agreed to meet Leeds United’s asking price of £65m for Brazil winger Raphinha, 25, and the Spanish club’s priority will now be to sell Netherlands midfielder Frenkie de Jong, 25, to Manchester United.(Mirror)

Chelsea appear to be behind Barcelona in their attempts to sign Raphinha and the Blues could consider 26-year-old Bayern Munich and Germany forward Serge Gnabry instead. (Mail)

United have also held talks with Stuttgart over a deal for 25-year-old Austria striker Sasa Kalajdzic. (Sky Germany – in German)

Brentford are closing in on the £16m signing of England U21 winger Keane Lewis-Potter, 21, from Hull. (Athletic – subscription required)

The Bees are also confident of beating Manchester United to the free transfer signing of Albania goalkeeper Thomas Strakosha, 27. (Mail)

France forward Ousmane Dembele’s contract at Barcelona expired this summer, but the 25-year-old is set to sign a new deal which will keep him at the Nou Camp until 2024. (Marca)

Everton are also interested in England midfielder Conor Gallagher, 22, but Chelsea will leave it until later in the summer before making a decision on his future. (The i)

Fulham have got in touch with Tottenham about signing their 24-year-old Wales defender Joe Rodon. (Football Insider)

Fulham are in advanced talks to sign Switzerland defender Kevin Mbabu, 27, from German club Wolfsburg in a deal worth an initial £5m. (Evening Standard)

Nathan Collins, 21, will become the most expensive Irish footballer in history when he completes a £20.3m move from Burnley to Wolves this week. (Irish Independent)