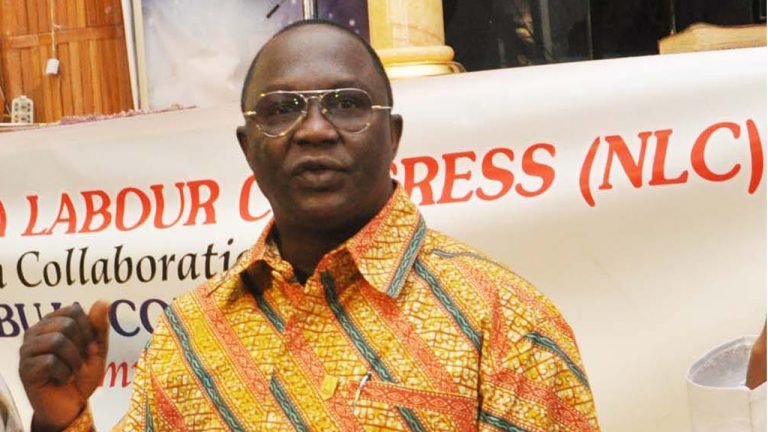 The Nigeria Labour Congress (NLC) has said that it would embark on a nationwide protest on July 26 and 27 in solidarity with the trade unions in the Nigeria public universities and others.

The NLC President, Mr Ayubaa Wabba said this in a circular jointly signed by Mr Emmanuel Ugboaja, General Secretary of the Congress on Sunday in Abuja.

The News Agency of Nigeria (NAN) reports that the circular which was issued on July 15, was addressed to the Chairpersons and Secretaries of NLC State Councils.

The Academic Staff Union of Universities (ASUU), and other trade unions in the education sector have been on strike for over five months over alleged failure of government to keep to agreement entered with the unions.

The demands of the striking workers include issues bordering on funding of universities, salaries and earned allowances of lecturers.

According to the NLC chairman, the action is in line with the decisions of the National Executive Council (NEC) meeting of the NLC on June 30.

“We have scheduled as follows the National Days of Protest to get our children back to school and support our unions in Nigeria’s public universities fighting for quality education.

“The dates are on July 26 and 27 at all the state capitals of the federation and Abuja the Federal Capital Territory and take off point are at the NLC State Secretariats and the Labour House, Abuja.

“You are requested to immediately convene the meetings of your SAC to disseminate this information and to fully mobilise workers in the states for this very important protest for good governance,” he said.

Also, in a separate statement, Wabba faulted the Federal Government’s purported rejection of the Nimi-Briggs Committee report of the university based union’s negotiations.

According to him, the alleged action is inconsistent with the fundamental principles of the ILO Convention Number 98 ratified by Nigeria and which core principle is Negotiation in Good Faith.

“The Nigeria Labour Congress is concerned about reports widely disseminated by the media both online and traditional, positing that the Federal Government may have rejected its own Nimi-Briggs Committee.

“That is on the premise of alleged disparity between the pay rise allocated to university teaching staff and the non-teaching staff.

“First, we wish to posit that the purpose for setting up the Nimi Briggs Committee was to conform with the fundamental principles of the rights of trade unions to collective bargaining as guaranteed by ILO Convention Number 98 which Nigeria has ratified.

Wabba pointed out that one of the cardinal principles of collective bargaining was the Principle of Negotiation in Good fate.

He noted that elements of the principle included conducting genuine and constructive negotiations.

Wabba however, noted that since the government set up the Nimi-briggs Committee to make recommendations on the review of the salaries of workers in Nigeria’s universities, the unions and NLC had been kept in the dark on the report of the Committee.

According to him, it is a shocker to read from the media snippets of a report of what is strictly the product of a negotiation between the Federal Government Committee and the concerned trade unions.

“Our first response is to aver that this development gravely betrays and undermines the principle of negotiation in good fate as it manifests crass disrespect by government for trade unions in Nigeria’s universities,” he said.

He said the Congress therefore demanded that the Federal Government should immediately conclude the ongoing negotiation with trade unions in Nigeria’s universities.

He also called on government to be prepared to commence the implementation of whatever Collective Bargaining Agreement arising from it.

“They should also immediately pay the salaries of striking university workers which had been frozen on the premise of the so-called “no work-no pay” policy, especially as recommended by the leaders of Nigeria’s two major faiths,” he said. (NAN)