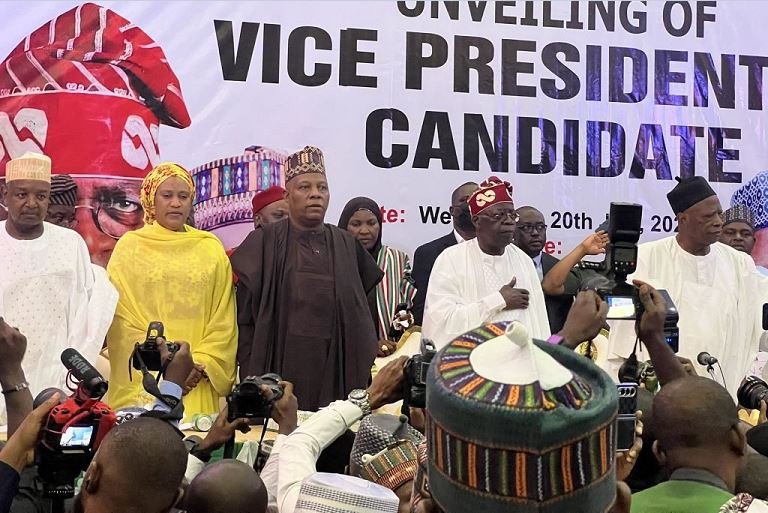 The All Progressives Congress (APC) has formally unveiled Senator Kashim Shettima as the running mate to Bola Tinubu, the party’s presidential flagbearer in the 2023 election.

At the unveiling ceremony at the Shehu Musa Yar’Adua Centre in Abuja, the APC national chairman, Abdullahi Adamu, and other executives of the party were present but President Muhammadu Buhari was not at the event.

Tinubu’s decision to pick a fellow Muslim as his running mate has generated division among Nigerians many of whom believe that the candidate and his party are insensitive to the religious colouration of the country.

Reacting to a Muslim Muslim candidate, the Christian Association of Nigeria (CAN) urged Christians to reject their candidature.

Shettima, a two-term governor of Borno state served as Senator for Borno Central since 2019.