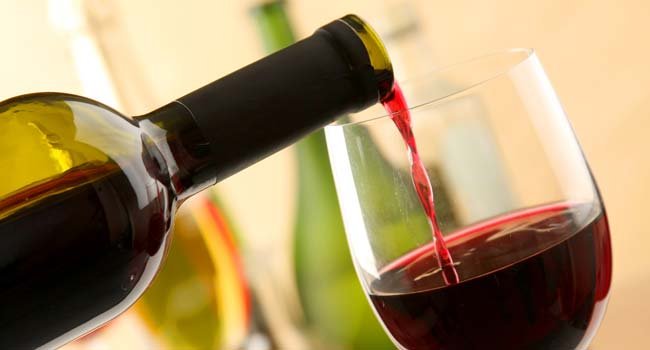 If you are 40 or older without underlying health conditions, a new research has found that small amounts of alcohol might reduce the risk of cardiovascular disease, stroke and diabetes.

But for those younger than 40, no amount of alcohol is healthy, mostly due to alcohol-related deaths by auto accidents, injury and homicide, the global study found.

“Those diseases just happen to be major causes of death in a good chunk of the world,” said senior author Emmanuela Gakidou, professor of health metrics sciences at the Institute for Health Metrics and Evaluation at the University of Washington’s School of Medicine.

“So when you look at the cumulative health impact, particularly among older adults, it shows that a small amount is actually better for you than no drinking. For all other causes, it’s harmful at all levels of consumption.”

The study found no protective effect for diseases such as tuberculosis, hypertension, atrial fibrillation, liver disease, epilepsy, pancreatitis and many cancers.

“Alcohol guidelines, both global ones and national ones, have typically emphasized the difference between consumption level for men compared to women,” Gakidou said. “What our work suggests is that global guidelines, national guidelines and local guidelines would be more effective if they emphasize age as opposed to sex.”

The findings underscore “the importance of alcohol recommendations that are tailored to specific regions and populations,” Amanda Berger, vice president of science and health for the trade group Distilled Spirits Council of the United States, told CNN in an email.

“Importantly, no one should drink alcohol to obtain potential health benefits, and some individuals should not drink at all.”

The report, released Thursday in the journal Lancet, is the first to report alcohol risk by global geographical region, age, sex and year, according to the Institute for Health Metrics and Evaluation, which prepared the study.

The analysis looked at 30 years of data on people ages 15 to 95 from 204 countries and territories gathered by the institute’s Global Burden of Diseases, Injuries, and Risk Factors Study, which tracks premature death and disability from over 300 diseases.

The analysis estimated that 1.34 billion people around the world consumed harmful amounts of alcohol in 2020. More than 59% of the people who drank unsafe amounts were between 15 and 39. Over two-thirds were men.

In every geographic region, the study found that drinking does not provide any health benefits to people under age 40 but does raise the risk of injury, such as motor vehicle accidents, suicides and homicides.