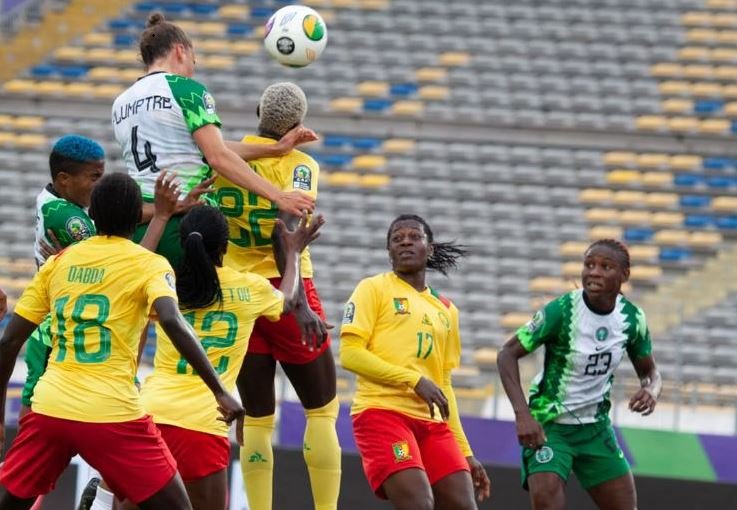 The Super Falcons of Nigeria beat the Lionesses of Cameroon 1-0 to progress to the semi-final of the ongoing Africa Women’s Cup of Nations in Morocco.

Rasheedat Ajibade fired Nigeria into the lead in the second half of a competitive match between the West Africa neighbours.

The win ensured that the Super Falcons qualify for the 2023 FIFA Women’s World Cup.

The four teams that progress to the semi-finals of the WAFCON get automatic tickets for the Women’s World Cup to be hosted by Australia and New Zealand next year.

The team adjudged to have finished fifth would be presented with a chance via a Playoff Tournament in January 2023 to join the party.