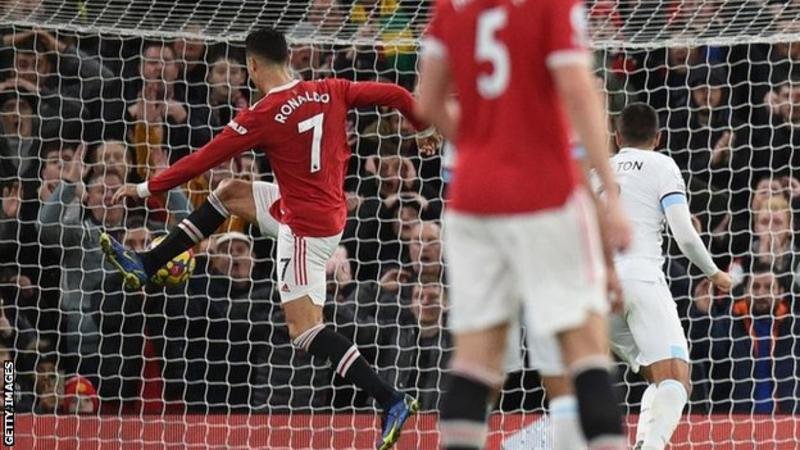 Portugal forward Cristiano Ronaldo, 37, has offered his services to Paris St-Germain in an attempt to play alongside Argentine forward Lionel Messi, 35, after saying he wants to leave Manchester United. (Le Parisien, via Express)

But PSG have turned down the chance of signing Ronaldo as they do not have enough space on their wage bill to pay him. (ESPN)

Newcastle United have held talks with Real Sociedad about signing Sweden striker Alexander Isak, 22, from the Spanish side in a club-record deal. (Telegraph – subscription required)

Leeds United and Brazil forward Raphinha, 25, is set to travel to Barcelona to complete a move to the Nou Camp. (Athletic – subscription required)

Leeds are poised to accept a £49m bid, which could rise to £57m, from the La Liga club for their skilful attacker. (Guardian)

Manchester United’s pursuit of Ajax’s Argentina defender Lisandro Martinez, 24, has reached a key stage, with the clubs set to meet on Wednesday to discuss finalising a £43m move. (Daily Express)

Arsenal have dropped their interest in Martinez after having a deal worth up to £38m rejected. (Goal)

England midfielder Declan Rice has a gentleman’s agreement with West Ham to stay for one more season before the 23-year-old is allowed to leave. (Talksport)

Italy midfielder Jorginho, who has one year left on his contract with Chelsea, says he would “like to stay” at the Stamford Bridge club amid speculation about the 30-year-old’s future. (Athletic – subscription required)

Spain right-back Cesar Azpilicueta is thought to be keen on a move to Barcelona, but Chelsea have told the 32-year-old they will only let him leave when they have reinforced their defence. (Mail)

Napoli manager Luciano Spalletti has hinted that Chelsea target Kalidou Koulibaly, the 31-year-old Senegal centre-back, could be about to leave the Serie A club, telling the club’s fans on Instagram: “If he wants to choose something else, we wish him all the best because he deserves it.” (Daily Express)