Root cause of farmers/herders in North Central - Report
Advertisement 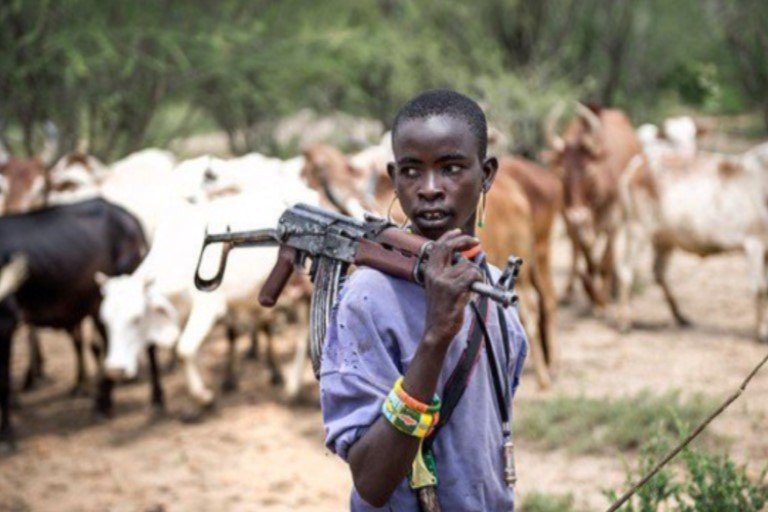 African Centre for Media and Information Literacy (AFRICMIL) has launched a report on the root cause of the farmers and herders in the North Central area of Nigeria.

Dr Chido Onumah, Coordinator, AFRICMIL made this known at a roundtable on report of research on the farmers-herders crisis in North Central Nigeria organised by the centre.

According to Onumah, the report is the outcome of a research conducted by Dr Plangshak Musa Suchi and Dr Sallek Yaks Musa, both of the Department of Sociology, University of Jos, Nigeria.

“For us in AFRICMIL, we have in the last five years been working with the Rosa Luxemburg Foundation to reinvigorate the vibrancy of our youth in asking questions and taking actions towards realising a better today .

“Therefore, this research is of utmost importance in the sense that it speaks to concepts such as good governance ,orderliness ,justice and peaceful co-existence which we have been promoting to make citizens ,especially youths ,imbibe through our advocacy.

“We also consider this report important because beyond serving as a vital references material, it will help youths who have mostly been the target of misinformation and tools for social unrests to be accurately informed.

“This is on a subject that has been identified as one of the leading causes of violent conflicts in communities in the north-central region,” he said.

Oshita said that the farmers and herders crisis phenomenon constituted an obstacle for stakeholders of peace, security and development as it stirs negative sentiments around occupational, cultural, geographic, political and religious dimensions of Nigeria’s diversity.

“A number of socio-economic, cultural and political dynamics have adversely impacted the relations between the itinerant Fulani animal herders and their hosts, the sedentary farming communities.

“The researchers identified the immediate triggers of the crisis in the study areas to include; the destruction of food crops by the Fulani herders and/or cattle rustling by other criminal elements.’’

He urged stakeholders to employ empirical, rational and economic planning parameters that focus on sustainable development and smart agricultural practices.

A human rights activist, Mojirayo Ogunlana-Nkanga, while presenting on the Root Causes and Consequences of Farmers-Herders Crisis and its Implication on women and girls in North Central said that women and girls bear the brunt of the crisis.

Ogunlana-Nkanga said that the gender perspective to the crisis exposes the social impact, economic impact and the political impact on women and girls.

She listed sexual violence, deprivation of livelihood, widowhood and singlehood, health, psychological disturbances, trauma among others as areas the crisis affect women.

She therefore, recommended deliberate gender- focused intervention strategies for women and girls while also considering security/peace plans, and provision of socio-economic infrastructures as measures to cushion the effect.

Odah said that report was a qualitative study carried out through interviews targeting various stakeholders that are directly affected persons living in idp camps by the farmers and herders crisis .

She added that although there were several causes of the farmers and herders crisis ,it could however be addressed if there was political will and if all stakeholders would unit to raise their voices to contribute to fostering peace.(NAN)