'I have lived my dream', Wilshere retires aged 30
Advertisement 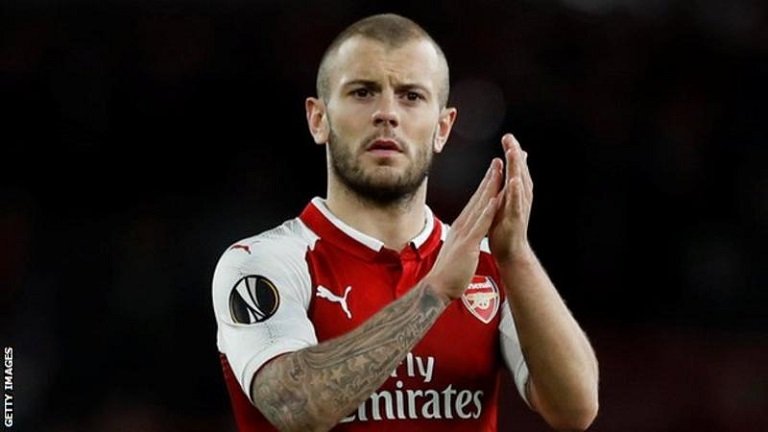 Wilshere made 197 appearances for Arsenal and won two FA Cups after making his debut as a 16-year-old.

He later had spells at West Ham, Bolton, Bournemouth and Danish side AGF Aarhus.

In a statement on social media, Wilshere – who won 34 England caps – said his career had been “slipping away in recent times”.

“It has been an unbelievable journey filled with so many incredible moments and I feel privileged to have experienced all that I did during my career,” he said.

“From being the little boy kicking a ball around in the garden to captaining my beloved Arsenal and playing for my country at a World Cup. I have lived my dream.”

Before signing for AGF in February, Wilshere had only played 36 games since leaving Arsenal in 2018.

Injuries plagued his career while he was also without a club for a period during the 2020-21 season.

“In truth it has been difficult to accept that my career has been slipping away in recent times due to reasons outside of my control whilst feeling that I have still had so much to give,” he said.

“Having played at the very highest level I have always held such ambitions within the game and if I am truthful I did not envisage being in this position at times.

“However, having had time to reflect and talk with those closest with me I know that now is the right time and despite the difficult moments I look back on my career with great pride at what I have achieved.”

At the age of 16 years and 256 days, Wilshere was Arsenal’s youngest ever league debutant when he came on as a substitute against Blackburn Rovers in September 2008.

He scored his first goal for the Gunners 10 days later, and went on to score 14 in all competitions for the club before leaving for West Ham in 2018.

But Wilshere spent much of his two years with the Hammers injured, and after making only 19 appearances, his three-year contract was mutually terminated with a year remaining.

In January 2021, he returned to Bournemouth – where he had spent a season on loan from Arsenal – on a short-term deal, and was released at the end of the season.

“I have enjoyed every moment of my career and it has been the journey of a lifetime,” Wilshere added.

“Now is the right time to close this chapter but I still have so much to give to the game and I am excited about what the future holds”.

For 𝘁𝗵𝗮𝘁 game against Barca to 𝘁𝗵𝗮𝘁 goal against Norwich, and everything in between – we love you ❤️

A star on the pitch and a supporter off it. You lived the dream.