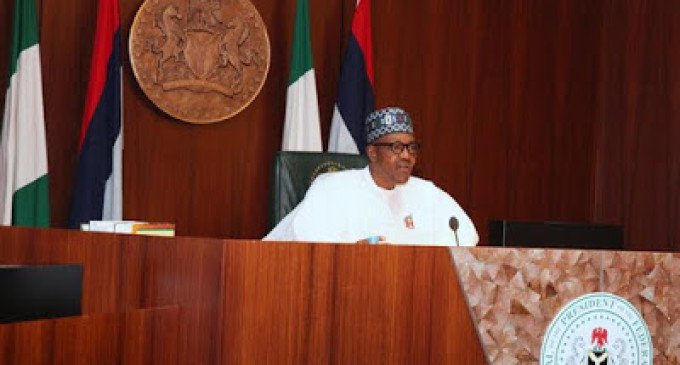 President Muhammadu Buhari has announced minor cabinet reshuffle as he swore in seven new Ministers in the State House, Abuja, on Wednesday.

NAN reports that six of the ministers replaced six former members of the federal executive council, who retired to participate in the last party primaries of the All Progressives Congress (APC) while El-Yakub replaced the former Minister of Agriculture, Sabo Nanono, who was removed from office.

NAN reports that before the swearing in, a minute’s silence was observed in honour of Mohammed Barkindo, the outgoing Secretary-General of Organisation of Petroleum Exporting Countries (OPEC), who died at the age of 63, on Tuesday night.

Those physically in attendance are the Vice President, Professor Yemi Osinbajo; Secretary to the Government of the Federation (SGF), Boss Mustapha; and Chief of Staff to the President, Prof Ibrahim Gambari.

Other Ministers who were also in attendance include: the Attorney General of the Federation and Minister of Justice, Abubakar Malami, Labour and Employment, Chris Ngige, Education, Adamu Adamu, Communication and Digital Economy, Isa Pantami.

Others are, Mines and Steel, Olamilekan Adegbite, Minister of State for Petroleum Resources, Timipre Sylva, and Minister of State, Budget, National Planning, Clem Agba and State, Industry Trade and Investment, Maryam Katagun as well as all the newly sworn in ministers. (NAN)

Insecurity and the necessity for state police by Bright Okuta